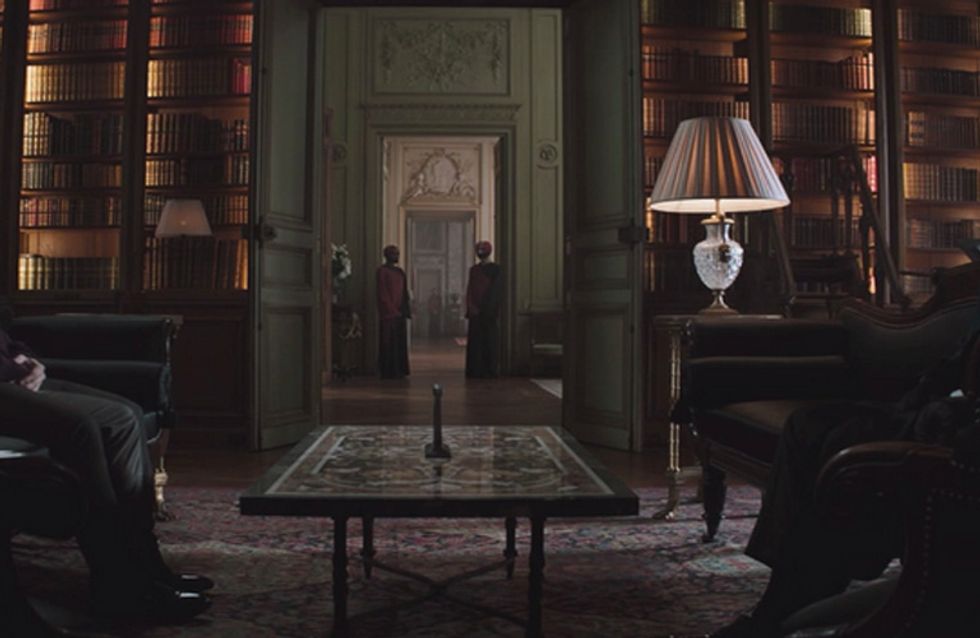 After a frustrating battle to unlock the latest deleted scene from Mockingjay – Part 1 (those marketing experts do know how to wind the fans up!), we were finally awarded with the deleted scene that shows Peeta talking to President Snow, the only scene in the film where we see what’s going on behind closed doors in the Capitol. Needless to say, the fans went cray cray.

The scene shows Peeta meeting President Snow after his first speech (after Snow’s granddaughter represents all of us by totally fangirling over Peeta) as the pair chat about Katniss, the revolution and how President Snow is going to force Peeta to be the voice of the Capitol.

Naturally the reaction to seeing more of Peeta (because there can NEVER be too much Peeta), made fans freak OUT.

This isn’t the only deleted scene fans have been treated to, with fans also losing it over Katniss and Haymitch arguing over Peeta,Effie’s fury at incompetent make up artists and a cheeky glimpse of Finnick (Sam Claflin), in his boxers. HELLO.

We’re pretty hyped for the release of Mockingjay Part I on Digital HD today but seriously, roll on Part II already!

Are you looking forward to the final movie? Tweet us @sofeminineUK!

QUIZ: Which Mockingjay Character Are You?

10 Reasons Mockingjay Will Break All Of The Teen Drama Rules