10 Reasons Mockingjay Will Break All Of The Teen Drama Rules

by Emmy Griffiths Published on 5 November 2014 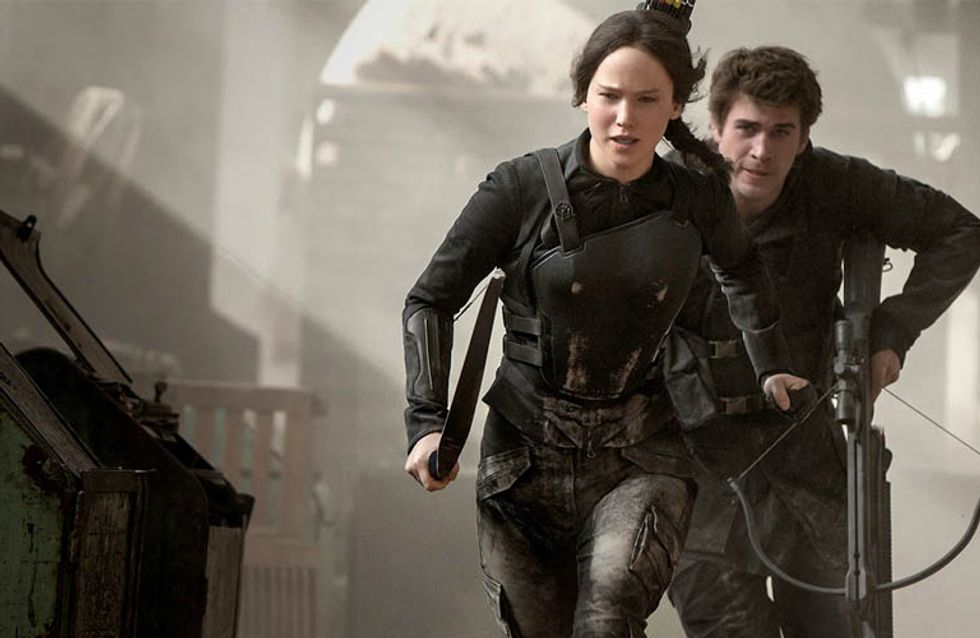 With teen drama franchises at the height of popularity at the moment, we've realised that we have certain expectations regarding storylines. No matter how badly the main characters are damaged, they will always come out on top. The love triangles will always sort themselves out, and we as readers/watchers will have some form of reassurance that the future will be better. Needless to say, Mockingjay Parts I and II are about to go ahead and break these rules, and here's how...

WARNING! MAJOR SPOILERS FOR THE ENDING OF MOCKINGJAY!

The beginning of Mockingjay begins with our hero Katniss Everdeen wandering through District 12 and spotting various dead bodies whilst thinking “I killed you. And you. And you.” Tis grim.

Katniss’s little sister Prim, who she was determined to protect by volunteering for the Hunger Games in the first place, is caught in an explosion and dies. This was legitimately too awful to read, and it’s going to be horrible to watch. For everyone who threw the book across the room after that chapter, you’re not alone.

The main character falls to pieces

This isn’t a story where the main character keeps together despite the odds. Instead of being reasonably ‘ok’ following devastating events, it’s fair to say that Katniss loses her mind. It’s the aftermath of concussion, PTSD, trauma at losing Peeta to the Capitol etc, but watching your hero suicidal is naaaat pleasant.

There isn’t a happy ending where everyone finds their resolution: Gale possibly/most likely contributed to Prim’s death, whilst Katniss and Peeta return to the ruins of District 12 and learn to live with their devastating trauma. It’s flippin’ dark.

Terrible things happen to all of your favourite characters

No one comes away unscathed from this book, and we seriously doubt the movie will be any different. Couples are ripped apart, children are killed, parents are murdered. If there was just one happy ending…but no. This is war and this is all we’re getting.

After killing President Coin instead of Snow, Katniss is arrested. From being the symbol of the Mockingjay, the darling of the Capitol and basically everyone’s hero, this is quite the fall.

The main character becomes an addict

So we’re all fine with Katniss becoming addicted to ‘morphling’? Okay.

Peeta is in absentia for most of it

For the first half of the novel, Peeta is captured in the Capitol and only seen on the television. The complete departure of, let’s face it, the main love interest of the series will be tough for the movie to pull off, even if it does mean we have an extra dollop of Gale (Liam Hemsworth) to keep us company in the time being, not that we care too much. #TeamPeeta

Any light-hearted subplots are NON-EXISTENT

The ONLY light in this dark twisting cellar of doom of a novel is when Finnick marries the love of his life, Annie. Then he DIES. YOU HEARD US, HE’S FIGHTING A GIANT LIZARD AND IT JUST RIPS HIS HEAD RIGHT OFF.

You wouldn’t want to see Ron graphically try to strangle Hermione to death, right? Well that’s what this is. We’ve watched this pair’s confusing, trauma-riddled relationship blossom as they lean on each other for support, then BAM. Let’s just brainwash Peeta and set him out to murder Katniss. Pssh.

Do you think Mockingjay Part I is going to be hard to watch? Tweet us @sofeminineUK!