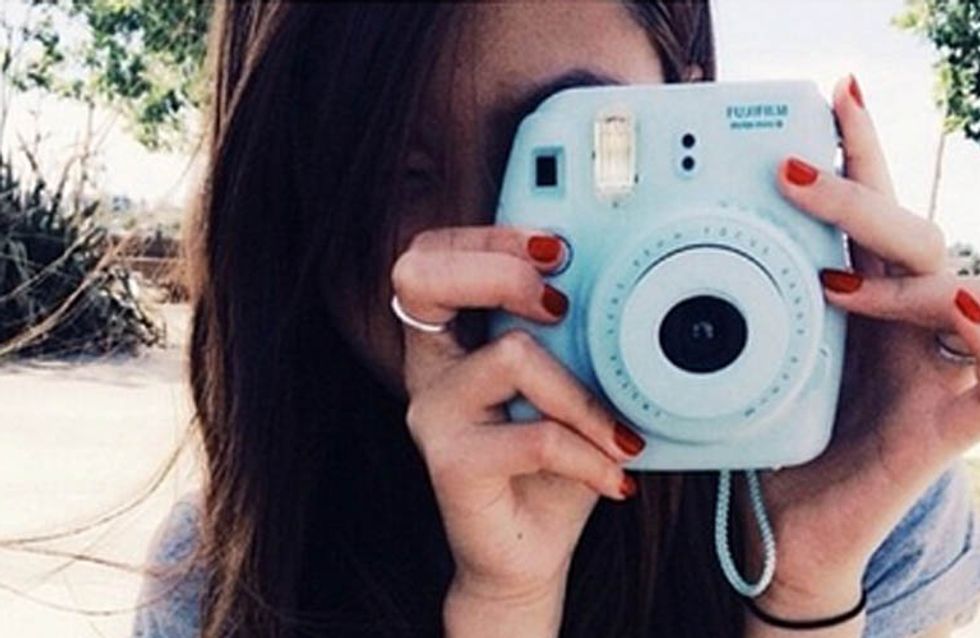 After thousands of sweet but naïve Snapchatters had their private pictures leaked online after joining a third-party app, we think it’s time to take a step back and remember the glory days of pre-digital cameras where NONE of this would ever have happened. Here’s why we need to bring them back ASAP…

Your pictures won’t get leaked

Unless a burglar broke into your home, found your photo stash, made photocopies and stuck them all over the neighbourhood, you're good. And that sounds like a lot of effort for a burglar. Basically, you're safe.

A worst fear for many is that every photo you took and never sent on Snapchat is then shown for all the world to see. It's undoubtedly an alarming thought. But with an old camera there would be no fear!

Finding an old camera needing to be developed in a drawer is one of life's biggest excitements. What memories will these pictures unearth? What old forgotten friends will be smiling in the shots? It's nothing like revisiting your oldest FB snaps - you've seen them a million times before.

By all means do what you want, but know that there's a reason the Boots staff were snickering when you arrived to collect your saucy snaps.

You never know what to expect from the pictures

Was the lighting okay? Did you manage to really capture that bit of scenery? Only time will tell...

You could do some scrapbooking

We consider this to be a lost art nowadays.

Rather than filtering a photo to look retro, the photos would ACTUALLY BE RETRO

Who needs the 'Earlybird' filter when you could have REALITY?

You wouldn’t even need a Polaroid template

Instead of sticking your phone picture into a fake Polaroid, we could have an ACTUAL Polaroid camera and shake the snap after it was taken and everything!

"HAPPY! SHOCKED! CRAZY! TIGER!" The best part? You had ONE CHANCE to nail these poses!

There's only so many salmon and cream cheese bagels, antipasti platters and pretty salads we can look at in one day. Let lunch be lunch and not a photography session again!

Facebook stalking would be made a whole lot harder

This sounds bad, but really it's not! If we didn't have the opportunity to stalk our exes new girlfriends, we wouldn't spend hours judging their snaps, we'd just move on with our lives! Amen to that.

Been on holiday and want to tell your friends all about it? Well cut it short, because they've already seen it all. But not with a disposable camera! You could take them through it all for the first time! You could even use a projector!

You could actually be in the moment

The worst thing about being able to take thousands of pictures is that we tend to see the world through a lense rather than fully experience it - but with a disposable camera, this definitely isn't so much of a problem.

You’d have to make your limited photo opportunities count

Collecting pictures whilst not quite knowing what to expect is SO much more satisfying than checking the photo straight away, is it not?

Because we really, really are.

Would you go back to using a non-digital camera? Tweet us @sofeminineUK