by the editorial team Published on 4 February 2014 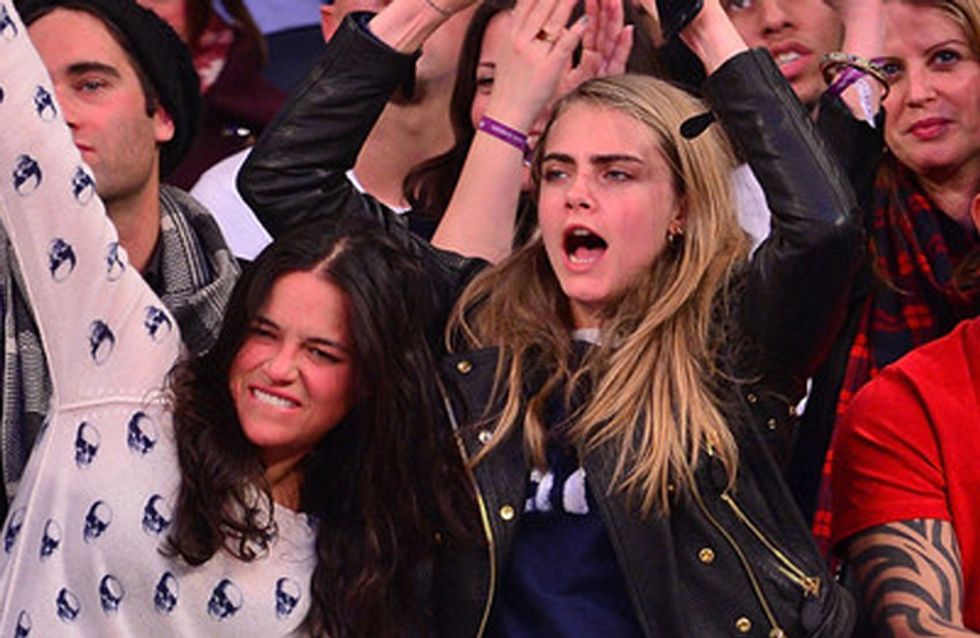 Cara Delevingne and Michelle Rodriguez are... Star Wars fans?! Yes, it appears the force is with the 21-year-old model and the 35-year-old actress, who have been spotted together quite often. Most recently, the two were seen swinging toy lightsabers in Paddington Station in London before boarding a train.

We know Cara Delevingne and Michelle Rodriguez are pretty, cool and successful. But what we didn't know until now, is that they're also apparently big fans of Star Wars! The new BFF pair/possible couple was recently spotted in London's Paddington Station waving around toy lightsabers, made famous by the epic space opera.

Apparently, Michelle is helping Cara with her acting career. Cara has even asked Michelle to move in with her. The two were also seen paintballing with friends in Cobham, Surrey.

​A source from Delta Force told Daily Mail, "The day out was for Cara's birthday. She said that she always organizes them six months or so late. The models stripped down to their underwear to put their combat suits on to the delight of many of the male players."

Cara and Michelle recently hit up Paris Fashion Week together, as well. Michelle met up with Cara after she rocked the catwalk at Chanel's haute couture show, even walking down the runway with Karl Lagerfeld himself.

​It hasn't been all sunshine and rainbows for the duo, however. Upon learning of Philip Seymour Hoffman's death, Michelle took to Twitter to express her condolences, writing, "R.I.P. Phillip Seymour you definitely touched my heart for years with your talent and sensibility One."

What do you think of these two: besties, or more than buddies? Tweet us @sofeminineUK!