The New Ghostbusters Trailer Has Landed

by Pascale Day Published on 3 March 2016 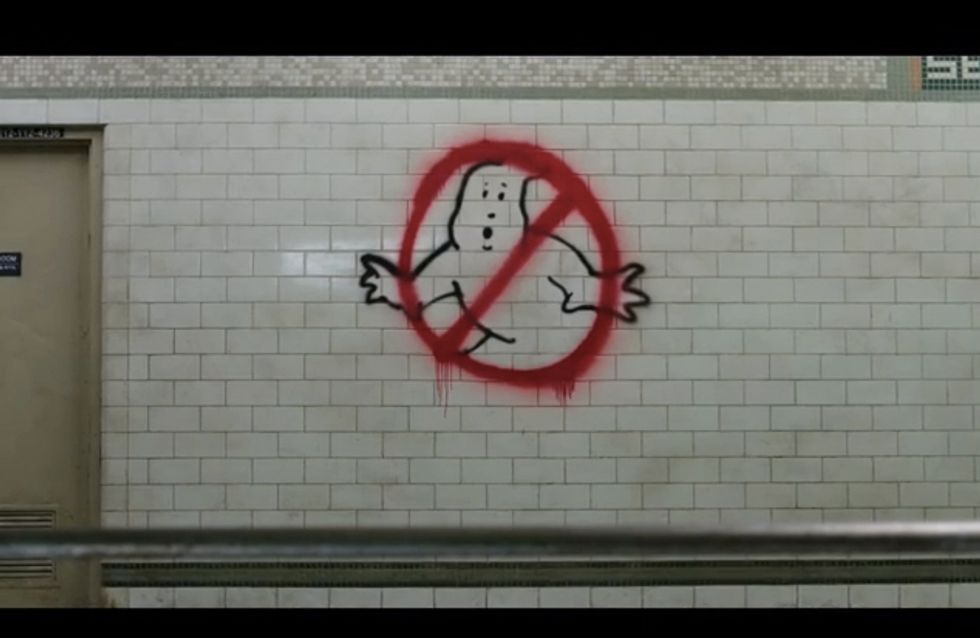 Whilst we've been teased with stills from the new film, the first full-length trailer has now hit the internet. And, as predicted, it looks pretty effing badass.

Who run the world? Girls - oh, and a whole bunch of ghosts, according to the new Ghostbusters trailer. It seems like forever and a day since it was announced that there was to be a new Ghostbusters. Twenty two years after the original was released, the film keeps its premise - it follows four parapsychologists who run a ghost removal service - but with a major difference: the ghostbusters are all women this time round. These come in the form of Melissa McCarthy, Kristen Wiig and Saturday Night Live actresses Kate McKinnon and Leslie Jones. There's also a male version Janine Melnitz, and it's only bloody Chris Hemsworth! Major swoon.

We get a little taster of what the film will actually be about. McCarthy and Wiig are the particle physicists, McKinnon plays an engineering genius, and Jones makes up the team with her knowledge of NYC and sweet-ass ride (kind of). Plus, the newly updated theme tune is so banging we reckon it's going to inspire many a slut-drop at Halloween parties this year.

Whilst we have been promised cameos from the likes of Sigourney Weaver, Bill Murray, Dan Aykroyd and Annie Potts, director Paul Feig (Bridesmaids, Bad Teacher, Spy) has made it clear that this is an entirely new film plot, so this little taste of what's to come has got us even more excited for the films' release in July 2016. Check out the trailer below.

What do you think of the new trailer? Let us know! @sofeminineUK

​​WATCH: Game of Thrones Season 6 Trailer Is Here And Hints At Character Deaths

WATCH: The Trailer For Disney's 'Pete's Dragon' Is Here And It Looks Brilliant