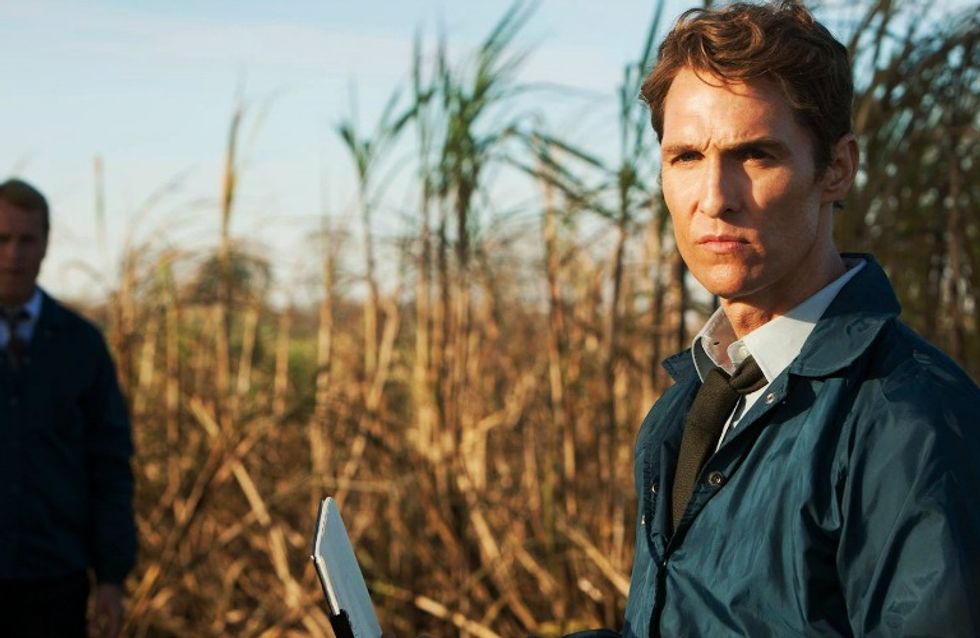 If you have a pulse, enjoy Matthew McConaughey being Matthew McConaughey and like a good murder mystery then you probably watched the most epic show on TV last year: True Detective. Although there is no Yellow King or Rust Cohle this season, HBO is not disappointing with their total reboot for the second season. Keep your eye on that guy mowing the lawn at school, because season 2 looks just as creepy.

The new trailer is out for season 2 of True Detective and I honestly got goosebumps watching it. Holy Carcosa I am PUMPED. Here is what we have to look forward to from the show that made you realise time really is just a flat circle:

Props for them trying to make her look like your average, do-gooder, unattractive, small town police detective. It's Rachel McAdams, that's actually impossible.

The guy from SWAT aka Colin Farrell as Ray Velcoro

Excellent news: Colin Farrell still looks hot in a bolo with questionable facial hair. He's playing a dirty detective who is owned by local mobsters, but still wants to do the right thing. Small town problems.

Very interested to see how Mr. Rom Com does as a low life criminal...just for a second, just to see how it feels. Vince looks as serious as a heart attack in the trailer so I have faith he'll pull this one out. His character tries to take his entrepreneurial efforts legitimate his businesses, but then his business partner gets murdered. Cue the cults and devil worship.

Thank GOD Tim Riggins is finally coming back to TV. I missed him and his subpar acting skills. He will be playing a war vet and a motorcycle officer on highway patrol who is hit with a scandal. Let's say a prayer to Shonda Rhimes that she sends in Olivia Pope to fix it. Don't worry Paul, it's handled.

Rumour has it she will be playing a D-list actress and Vince Vaughn's partner in crime. She is rocking those bedroom eyes in the trailer and looks like she loves nothing more than to stir the pot so we look forward to her royally messing things up for Frank.

I honestly don't know how we're going to make it through an entire season without Rust Cohle or Reggie Ledoux, but with this cast, we are going to give season 2 the chance it deserves. In true True Detective fashion, the trailer had no words, creepy music and lots of long stares into the distance so we're glad to see they're sticking to the formula from season 1. Here is the trailer in full:

So many questions still unanswered. Who is the Maggie of the season? Is the green-eared spaghetti monster still at large? Is Vince Vaughn going to crash a wedding at some point? If Rachel McAdams is busy solving a murder then who is leading The Plastics? Until the show premieres, we will be curled up with a bottle of Chardonnay reminiscing on Marty and Rust's most touching bromance moments.

Are you going to watch season 2 of True Detective? Tweet at us! @sofeminineUK!

17 Grooms Seeing Their Brides For The First Time