Like the rest of us, Nicole Scherzinger easily gets swept up in the performances of the X Factor hopefuls. While it certainly makes for good TV, some viewers are accusing the former Pussycat doll of being overly emotive and “contrived” during the X Factor 2013 Judges’ Houses round. However Nicole has hit back and asserts that her emotions and tears are “very real” – so take that haters!

Nicole Scherzinger wears her heart on her sleeve and isn’t afraid to let her emotions loose on The X Factor.

In fact everyone on the hit reality show – bar Gary Barlow of course – shed a few tears at Judges’ Houses at the weekend.

But some viewers are complaining that all this weepiness is a little contrived, causing Nicole to hit out and insist that all the emotions on the show are actually "very real".

Speaking to BBC’s Newsbeat, the 35-old-year singer said: "Obviously they weren't crying the entire time, that's just what makes the edit. It shows how much it means to them and how much they are fighting for it."

"I was quite proud of myself, I didn't cry as much as I usually do but it's very emotional. It's real, it's not contrived.

This weekend sees the start of the 2013 X Factor live shows and all of the acts fought tooth and nail for the chance to make it to the next round of the singing reality show.

"Honestly, this was the hardest judges' houses yet,” Nicole said.

“If anybody saw my six girls audition, nobody made a mistake. It was just really bad to have to put someone there and then ask them to leave.”

"Your heart crumbles for them. It was really brutal this year."

But while Nicole might be struggling to come to terms with the cutthroat nature of this year’s series, her acts from last year – including winner James Arthur – are supporting her one hundred percent.

In an interview with ITV's Lorraine, Nicole revealed: “All of the Scherzy boys are supporting my Scherzy girls, they’ve all told me."

Nicole is confident she can win The X Factor for a second year in a row and is already coming out with fighting words.

“I’ve got the best right here, so I’m coming in with some good contenders.

"I am a girl, I’ve gone through a similar audition process before, I’m a pop star, so I know some of the fears that go along with it."

Do you think Nicole has the strongest category this year? Tweet us @SofeminineUK!

Check out pictures of the X Factor 2013 finalist make-overs below: 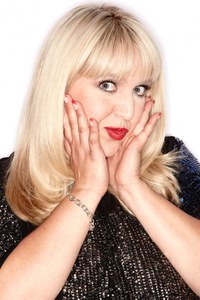