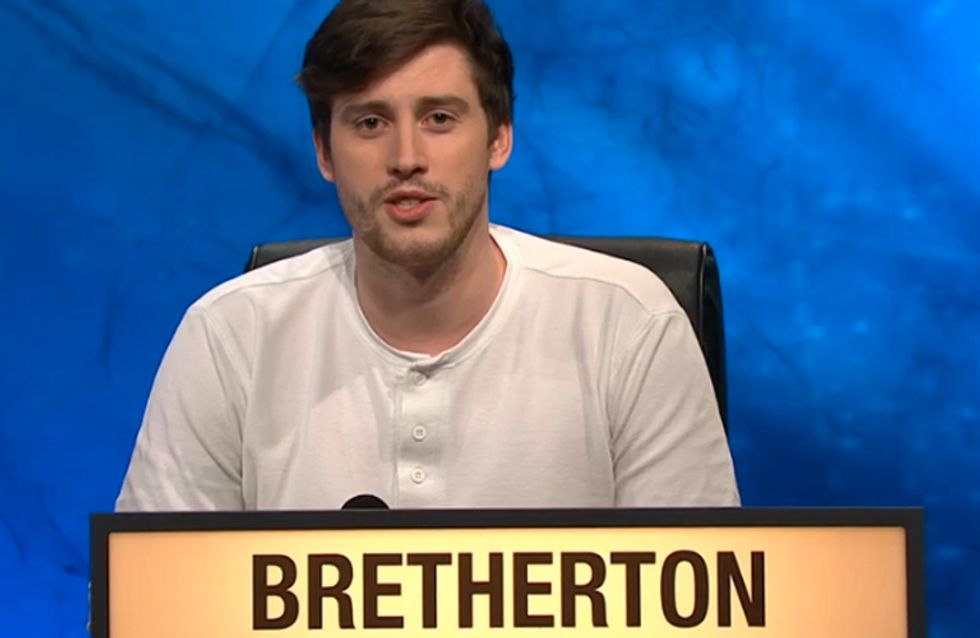 We don't want to be rude, but as incredibly intelligent as the contestants on University Challenge are, you don't watch to spot your future husband. This isn't The Bachelorette people, and these people are not here to make you swoon, they're here to WIN. That all changed last night though, as Liverpool contestant Ed Bretherton had viewers swooning in their seats by being a stone cold FOX.

Bretherton, who studies medicine at the University of Liverpool won hearts by his Edward Cullen level of allure last night. Usually we watch University Challenge to get an average of one question right per episode and marvel at how mean Jeremy Paxman can be/how smart the contestants were, but this time our attention was ALL on this guy:

Naturally we weren't the only ones to spot our future husband on the show, and fans of the show took to Twitter to discuss Bretherton...

Visual evidence that brains and beauty CAN combine #universitychallenge pic.twitter.com/3WGOpY283Z

Husband has demanded to know why the Liverpool team have even brought Bretherton with them. BECAUSE HE'S SO PRETTY. #universitychallenge

There's a hottie on university challenge. U alright Bretherton

That being said, there was also some serious banter over how quiet Bretherton was during the show. Did he answer a single question himself? Can anyone watch through it for us and check?

Did McLoughlin and Bretherton answer any questions at all? #universitychallenge

Did you watch last night's episode? Tweet us @sofeminineUK!

A Bunny Rabbit Spa Is About To Open In London