by Emmy Griffiths Published on 7 March 2016 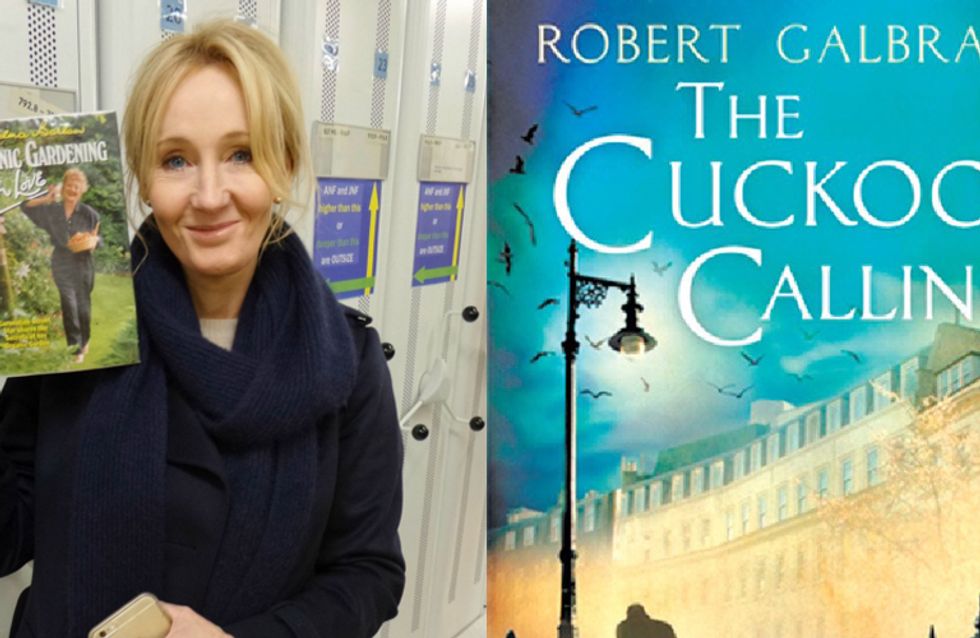 When a little Scottish island called Orkney's library announced they would be discussing JK Rowling (or should we say Robert Galbraith's) novel The Cuckoo's Calling, good old Jo tweeted them to say it sounded like a good time, and joked that she might pop in. The Orkney Library cheerfully went along with it, promising her cake. Of course she only went and actually took the ferry over to the island to join the group chat!

It all began when Orkney Library tweeted out their event to discuss The Cuckoo's Calling by Robert Galbraith, the first in JK's crime series under her pen name Robert Galbraith featuring detective Cormoran Strike and his secretary/budding detective Robin as they investigate the apparent suicide of supermodel Lula Landry.

Join us for Saturday Slaughters to discuss The Cuckoo's Calling by @RGalbraith 2.30pm Saturday 5 March pic.twitter.com/7Pep6M51aA

Jo, obviously enjoying the idea, replied to the tweet: saying "That sounds like a fun event." Not missing a beat (though if this was us we'd be having slight hysterics over Jo actually writing words to us), the Orkney Library ballers replied: "It certainly will be. If you set off for Scrabster now you should still catch the ferry..."

Jo replied that the weather wasn't looking too bright, hinting that she'll give it a miss:

She followed this up writing: "No wait... you want Robert, not me. He can drive (I can't)." By this time though, it was clear that the Orkney Library massif were not about to give up the idea of this generation's Queen of Literature showing up to their tiny book club and replied:

@jk_rowling @RGalbraith We would be delighted with either of you. Perhaps we should add that there will be cake.

With her interest piqued, JK tweeted back: "what kind of cake?" to which they replied: "What is your favourite? Or Robert's favourite?" with JK admitting: "Robert (and Strike) are both partial to fruitcake. Something with a bit of heft to it. I like lemon drizzle cake."

@jk_rowling @RGalbraith We shall have both of those then. We'll keep a seat for you (and him). Tea or coffee?

If there's one thing you can say about Joanne Kathleen Rowling, it that she knows how she likes her tea:

@OrkneyLibrary @RGalbraith Tea the colour of creosote, just the way Strike likes it.

And, of course, because she's JK Rowling and practically Dumbledore when it comes to twinkly eyed surprises, the most famous author in the world showed up at the tiny book club, had a good cuppa and piece of cake and had banter over gardening books and ugly mugs.

.@OrkneyLibrary I had the best time! Thanks for wonderful chat, cake and, of course, letting me touch The Book. pic.twitter.com/VCrU2lJAT6

Are you a big fan of JK Rowling? Tweet us @sofeminineUK!