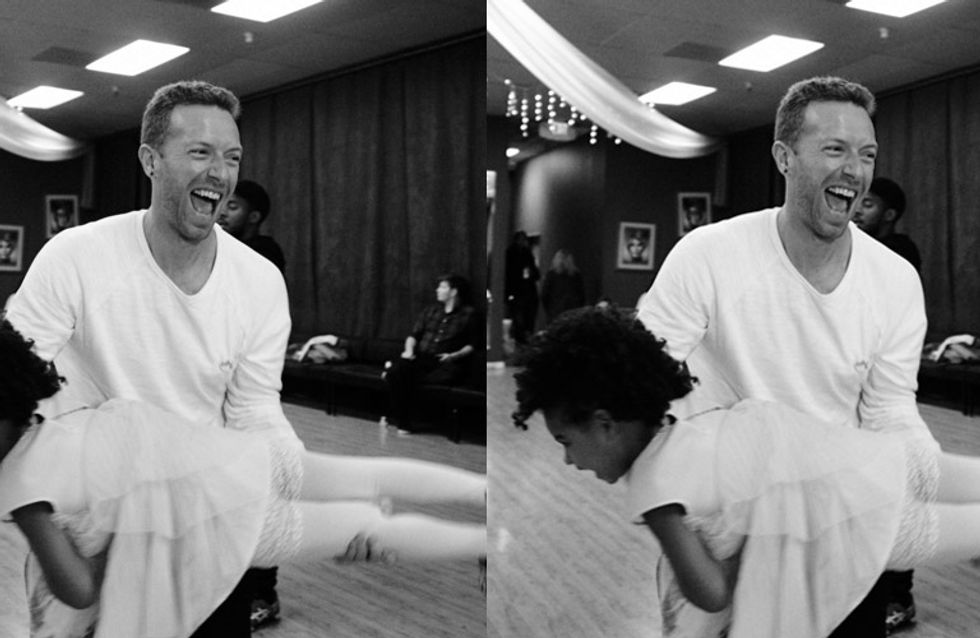 Beyonce has finally released some candid behind-the-scenes snaps from her performance at the Superbowl with Coldplay's Chris Martin, and not only does it look like they're having an amazing time, it's also clear that little Blue LOVES Chris (as do we all Blue. As do we all.)

Beyonce took some snaps of her four-year-old daughter Blue Ivy during their rehearsal time for the huge half time show. Chris Martin looks like he is swinging her around and making her laugh, which just goes to show that no matter how rich or famous your parents are, all little kids love the same things. Bet you're regretting getting her that $80k diamond encrusted Barbie now, hey Bey!

You know when you hit it off with your friend's little kid at a party, and all of a sudden you are their new favourite person and they refuse to leave you alone? We're going to make an informed guess that this was the exact situation Chris found himself in!

Beyonce also appeared in the pictures (thank goodness!), laughing as Blue leads her about the room and posing with her daughter and back up dancers.

It looks like all of the excitement wore Blue out though, as one picture shows her pretty much pooped! Naw.

How adorable do you think Blue Ivy is? Tweet us @sofeminineUK!