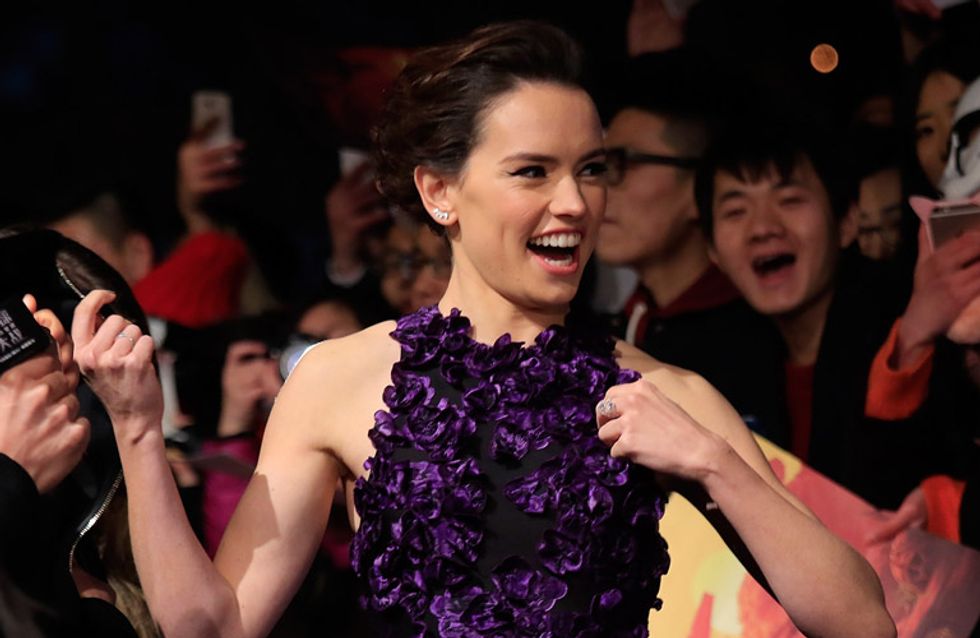 We have until December 2017 before we find out exactly what happened next after *SPOILER ALERT* Rey found Luke Skywalker on that island at the end of episode VII. Since Star Wars news is notoriously hard to come by, Daisy Ridley's teeny tiny scoop into filming episode VIII already has more excited than what's reasonable for a movie that is still far, far away...

Because it would be literally impossible for him to have less screen time than he did in Episode VII, it's fair to say that Mark Hamill's Luke Skywalker will have a much bigger role in Episode VIII. At the end of The Force Awakens, Daisy Ridley's character Rey had just found him on an island that may or may not have been the location of the first ever Jedi temple. Handing him his lightsaber, she symbolically asks him to return to the fight against the Dark Side as he stares pensively at his once beloved weapon *pushes up glasses, adjusts tinfoil hat.*

So what do we have to look forward to from the return of a new, beardy Luke Skywalker? According to Daisy, working with Mark Hamill so far has been amazing. She told MTV: "Me and Mark have been rehearsing a lot, and it's really amazing. When we went back to Skellig to do the opening of VIII, it was so crazy doing the same scene with a different crew of people.

"He's amazing to rehearse with, and I'm very excited to be doing the rest of the stuff. It's such a good story. Seriously. Luke is so cool in this one. Really".

Since the series reboot in 2015 received critical acclaim AND became the third highest grossest movie of all time, it's fair to say this one has a lot to live up to but according to the cast, the rest of the story is amazing. Daisy's co-star John Boyega said: “It’s great. Much darker, but we’re very excited. My part in the next film will be much more physical, so I might be in the gym a bit more.”

Are you excited for the new film? Tweet us @sofeminineUK!