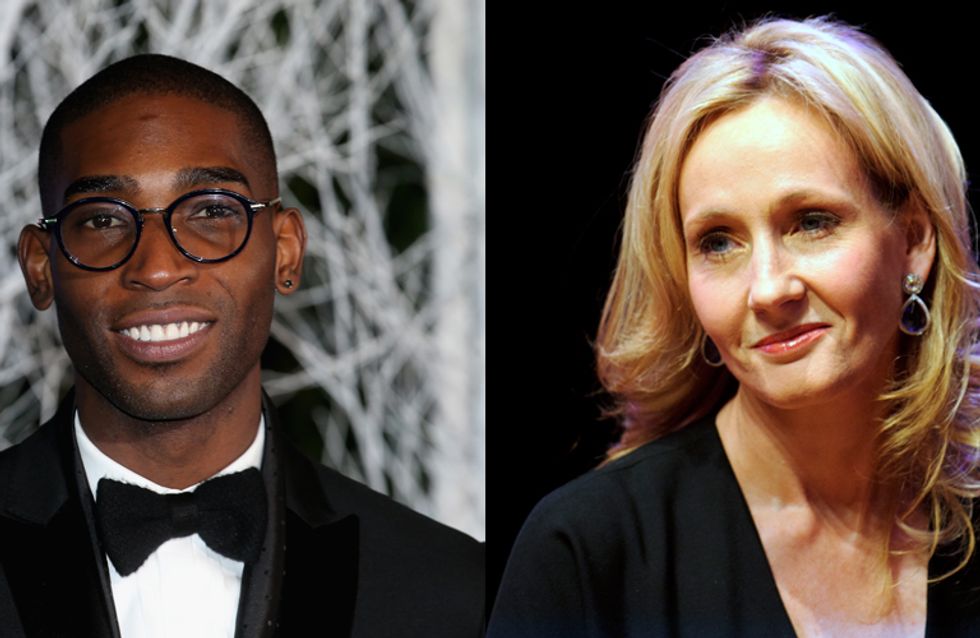 It all started with a simple tweet from a fan when she asked Jo Rowling if she ever considered that she would be named dropped in a song about what girls like as she wrote her magical bestselling book series. After JK cheerfully replied that she had no idea, Tinie decided to get involved and the result was simply *sigh* magical.

Emily Strong, who can now know with pride and bemusement that she was the one who brought together JK Rowling and Tinie Tempah tweeted them both asking Jo a simple question about a Tinie Tempah single where he name drops her ("Tell J.K that we still rolling"):

@jk_rowling When you wrote Harry Potter did you ever imagine you'd one day be name dropped in a song about what girls like?! @TinieTempah

After Jo replied: "I did not!", Tinie Tempah chimed into the conversation dropping some serious Potter knowledge. Did you know that Tinie was a fan? Has anyone seen him at the conventions lately? Either way, he schooled JK at her own magical world, writing:

Of course JK can one better Tinie any day of the week when it comes to the subtle art of Divination, and tweeted him back what us Potterheads have known for years: Divination is 90% BS. She wrote:

.@TinieTempah @EmyBemy2 Divination is a very imprecise branch of magic!

Although Tinie was TOLD by the world of literature's Queen Bee, he wasn't done with dropping serious Harry Potter references, ending the banter with a alternative solution to Jo finding out about his song.

@jk_rowling @EmyBemy2 I see. Next time opt for the Time Turner x

Well done to all involved.