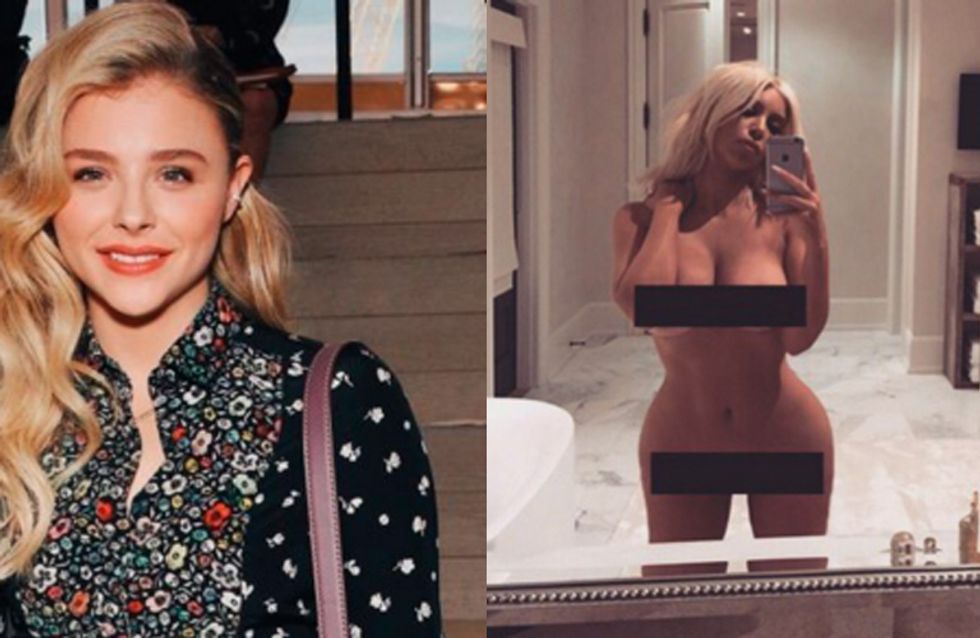 It finally happened guys. While Kim Kardashian's Twitter is usually a constant stream of selfie pictures accompanied by the occasional 'kimoji', it looks like Kim's hubby Kanye's wild Twitter rampages has finally rubbed off on her as she sent out a string of tweets shutting down haters including Bette Midler, Piers Morgan and Chloe Mortez.

The action began when Kim posted a nearly naked picture of herself on Twitter with the caption: "When you're like I have nothing to wear LOL," showing her bod which usually would probably have received an eye roll from most Twitter users because let's face it - we see Kim in the nude on an average of once a week.

When you're like I have nothing to wear LOL pic.twitter.com/UlSLZb1fp1

However, other celebs had to have their say, including The 5th Wave actress Chloe Moretz who responded to the tweet writing: "@KimKardashian I truly hope you realize (sic) how important setting goals are for young women, teaching them we have so much more to offer than just our bodies", while Bette Midler had her own (hilarious) way of reacting to the nude snap, tweeting:

Kim Kardashian tweeted a nude selfie today. If Kim wants us to see a part of her we've never seen, she's gonna have to swallow the camera.

Of course the Queen of reality TV couldn't let the opportunity to stir up some drama pass her by, and responded to the negative reactions in one strong Twitter storm of sassy comebacks of which we didn't think she was capable. Honestly? We think Kourtney and Khloe must have had some input here.

First of all, she began by commenting on the strong reaction her picture had received:

Then she became much more specific, seeking out Chloe and Bette to shut their opinions DOWN.

let's all welcome @ChloeGMoretz to twitter, since no one knows who she is. your nylon cover is cute boo

Bizarrely, Piers Morgan was also thrown into the argument as Kim tweeted: "hey @piersmorgan never offer to buy a married woman clothes. thats on some ashley madison type shit." Piers responded by tweeting what we were all thinking:

Do you think the photo was a bit much, or should Kim be able to post what she likes about her body? Tweet us @sofeminineUK!

What If Kanye West Tweets Were Motivational Posters