He's the British heartthrob of the moment and she's the US TV starlet; it was a match made in PR heaven. Sadly this romance was not to be. Henry Cavill and Kaley Cuoco have reportedly split after just two weeks of dating.

After less than two weeks together Henry Cavill and Kaley Cuoco have called it quits on their relationship.

The actors were the names on everyone's lips last week when it was revealed that they were now embarking on a new romance together.

They were pictured on various, very public, dates.

The Man Of Steel star was photographed hand in hand with the Big Bang Theory actress and they were spotted all over LA on a number of couples' excursions.

A source for E! News has said that the two are trying to remain friends following their very brief and very public fling.

It is unclear what the cause of the split was, but it is possible that Kaley was uncomfortable with the media scrutiny.

She previously dated her CBS co-star Johnny Galecki; they were together in secret for two years and only revealed their relationship after it ended.

Henry and the blonde beauty share the same PR agency, Beverly Hills-based Viewpoint INC - they must be disappointed...

Having recently broken up with Fast And Furious 6 star Gina Carano after ten months together, the Brit hunk started hooking up with Kaley.

The beautiful pair were reportedly "totally hot for each other" since meeting one another.

A source told US Weekly that the British hunk is a "massive Big Bang Theory fan."

He had apparently "always wanted to date her".

We're guessing it wasn't that hard to arrange given he's Superman!

Kaley, who recently split from musician Bret Bollinger, even shared her appreciation for the 30-year-old's reinvention of the blockbuster role.

She uploaded a Twitter snap of herself sat next to a poster, looking adoringly at Henry with the caption, "it's fantastic in every way." 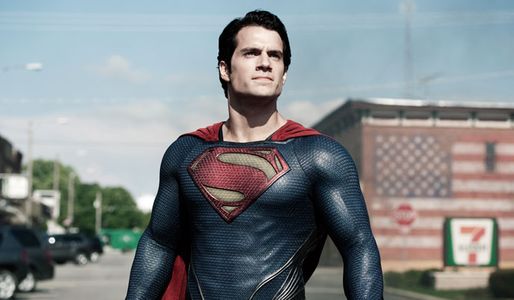 Reckon these two will get back together? Or was it all a stunt? Tweet us @sofeminineuk!