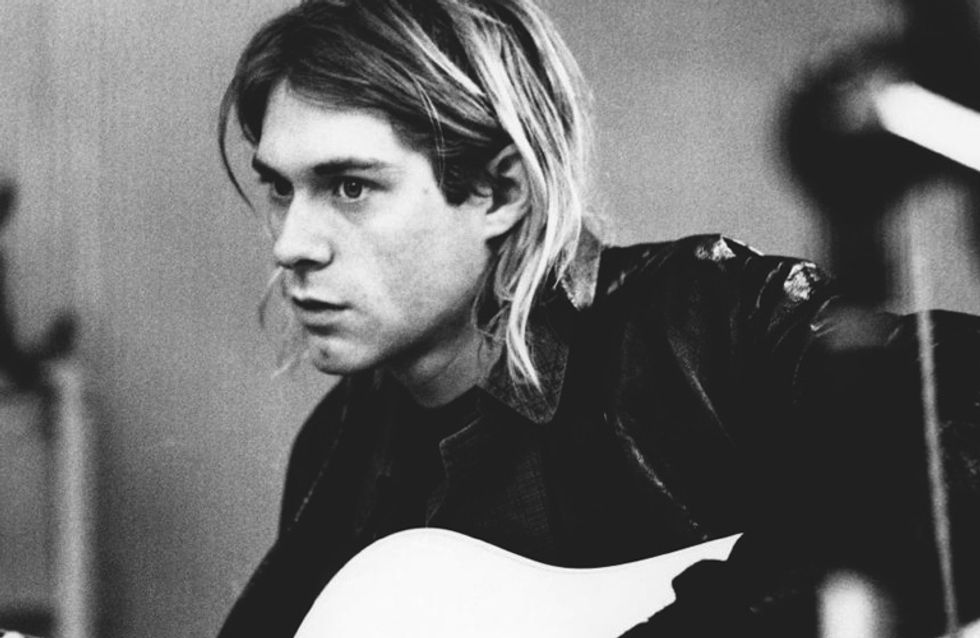 Throughout his short career, Kurt Cobain openly grappled with depression and the increasing pressures of fame. Whatever ultimately made him take his life will remain a mystery but at least fans in their very dark moments can be comforted by the timeless words Cobain left behind.

On Saturday April 5th, millions of fans, both young and old, will remember the heartbreakingly short legacy of Nirvana front man, Kurt Cobain. Three days had passed before Cobain’s body was eventually found on April 8th, 1994 in his Seattle home, lifeless from a bullet to the head.

In life, he was praised - exalted even - but in death the world sat back in stunned awe at the far-reaching effect of Kurt’s music. Upon hearing the news, thousands of fans swarmed his house to pay their condolences, play his songs, and simply whisper thanks to the fallen star for bringing words to a shared pain.

How has Kurt Cobain influenced you? Tweet us @sofeminineUK!