An Italian gossip magazine has revealed its plans to print intimate pictures of Kate Middleton. 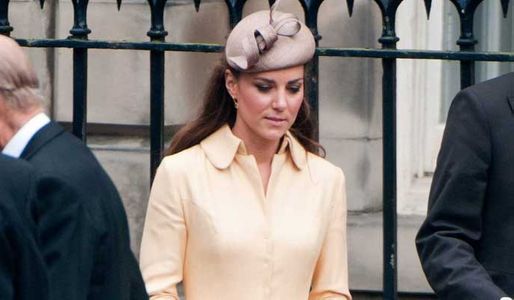 The publication, Chi, will publish snaps of Kate on a recent holiday with husband Prince William on the Caribbean island of Mustique.

The photos - believed to have been taken on a long lens camera - show 31-year-old Kate's baby bump for the first time.

There are also said to be snaps of Kate's sister Pippa in a bikini, who joined the pair on holiday along with brother James and parents Carole and Michael.

St James’ Palace has understandably condemned the magazine for breaching the couple’s privacy.

A spokesman said: "We are disappointed that photographs of the Duke and Duchess on a private holiday look likely to be published overseas.

"This is a clear breach of the couple’s right to privacy."

On a website advertising Chi, Kate is pictured on the magazine's front cover in a blue bikini, with a small baby bump on show.

Underneath is the headline: "The belly grows".

Another image shows Wills, 30, walking along the beach with his arm around Kate.

The edition is to hit newsstands tomorrow and will also give details of the couple's luxury £19,000-a-week luxury villa.

It is thought Kate and Wills are still in Mustique, though it's not known whether they've been informed of the images.

As a result, Kate and Wills took legal action against French Closer, winning their case and stopping the publication of any further exposing images of the Duchess.