by Teddi Ginsberg Published on 31 January 2014 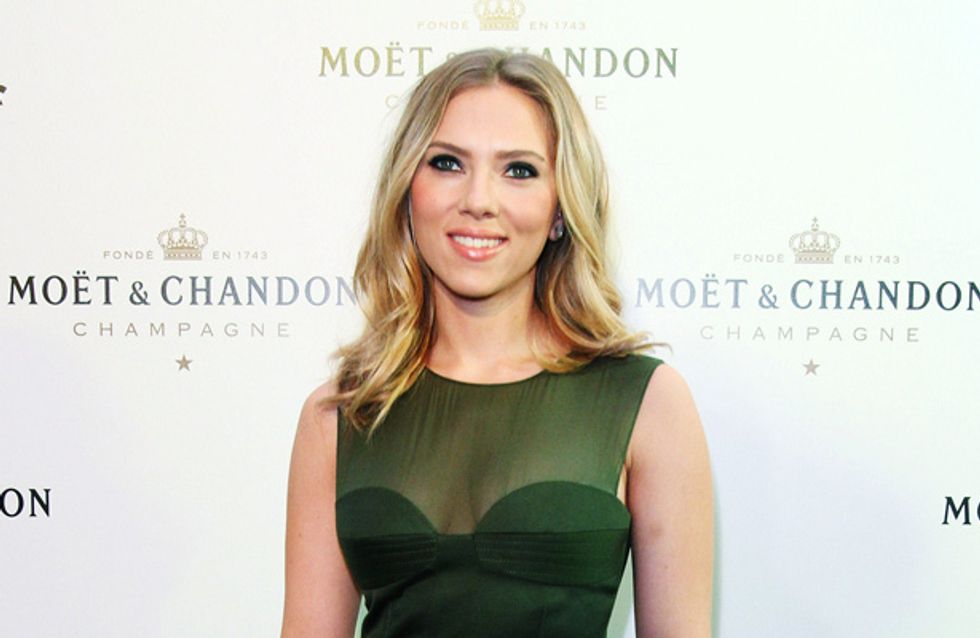 Scarlett Johansson has sure been busy! On the heels of promoting her most recent (and Oscar-nominated) film Her, the actress signed on to be the first global brand ambassador for SodaStream International Ltd. Her involvement with SodaStream has caused some friction with Oxfam, of whom she's been an ambassador for the better part of a decade. Until this week, that is, when she announced she's stepping out.

Scarlett Johansson's newest fling with SodaStream has caused a rift in her longtime relationship with Oxfam.

SodaStream is under fire. Pro-Palestinian activists are angry that the soda company is maintaining a large factory in an Israeli settlement in the West Bank, a territory captured by Israel in 1967 and claimed by the Palestinians. ​

Scarlett Johansson Debuts Baby Bump: Our Fave Celeb Pregnancy Reveals Ever!
Hollywood is experiencing an epic baby boom! It seems every day brings a new celebrity pregnancy announcement; and we're not complaining. Sultry Scarlett Johansson is one of the latest stars to join the growing list of expectant mums. Last night, at the Captain America: The Winter Soldier Hollywood premiere, she gave the world its first look at her burgeoning bump.

In the midst of this uproar, Scarlett has shown support for her new employer. Last week, she called herself a "supporter of economic cooperation and social interaction between a democratic Israel and Palestine."

Oxfam issued a statement about Scarlett's decision to step down and said they were grateful for her many contributions to their brand.

They said, "While Oxfam respects the independence of our ambassadors Ms Johansson's role promoting the company SodaStream is incompatible with her role as an Oxfam Global Ambassador. Oxfam believes that businesses such as SodaStream, that operate in settlements further the ongoing poverty and denial of rights of the Palestinian communities that we work to support."

​​A statement released by a spokesperson for Scarlett said, "Scarlett Johansson has respectfully decided to end her ambassador role with Oxfam after eight years. She and Oxfam have a fundamental difference of opinion in regards to the boycott, divestment and sanctions movement. She is very proud of her accomplishments and fundraising efforts during her tenure with Oxfam."

Her statement added, "SodaStream is a company that is not only committed to the environment but to building a bridge to peace between Israel and Palestine, supporting neighbours working alongside each other, receiving equal pay, equal benefits and equal rights."

ScarJo has always been outspoken, and that's what we love about her. We respect that she stood up for what she believes in... and did it with class.

What do you think of Scarlett's decision? Tweet us @sofeminineUK