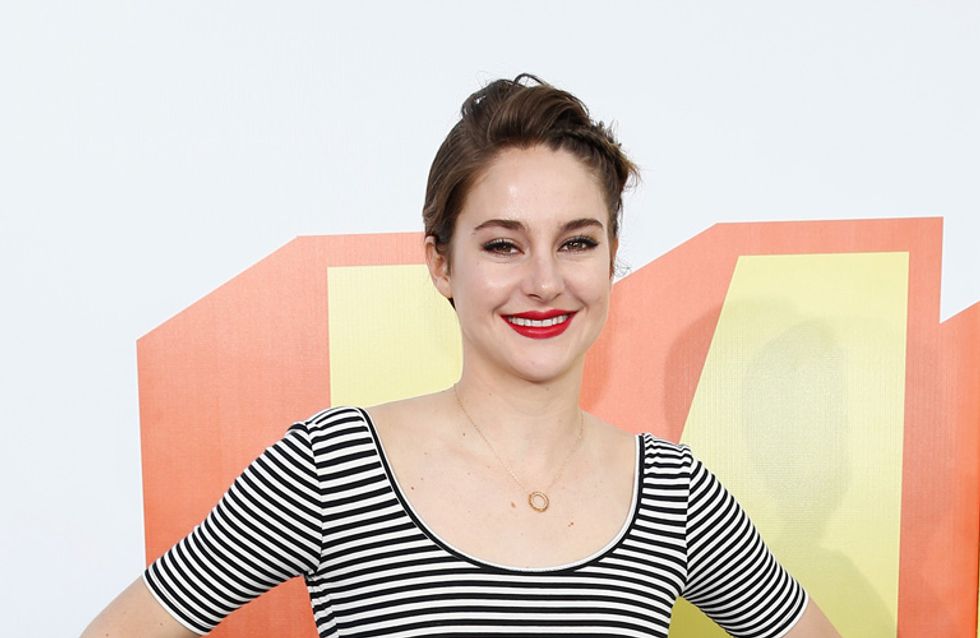 Anyone who has ever picked up one of his books and has a heart knows that John Green is truly a wonderful person. From writing amazing coming-of-age stories including The Fault In Our Stars and Paper Towns to his long-running tremendously popular YouTube channel the Vlogbrothers, watching Shailene Woodley give him the praise he deserves brought tears to our eyes as well as his…

Shailene Woodley won Best Female Performance at the MTV Movie Awards last night and dedicated the award to John Green, who promptly started weeping (it was adorable). To all the Nerdfighters out there (the name of John Green’s fans), you are going to love this!

Shailene said: “I feel like this award belongs to John Green, who I’m staring at right now, because he gave this world a beautiful masterpiece, a gift, in the The Fault in our Stars and it changed my life when I read it and being a part of this film dramatically influenced who I am today and his words will transcend time before they transcend any age.

​There’s not one single demographic that won’t be affect by the wisdom and the compassion and the beauty that he leases into every single thing that he does in his life.”

“So John Green, beyond the Fault in our Stars I just want to thank you for being the human being that you are and for every single day living a life with integrity and again compassion on your sleeve because you changed the lives of millions of people round the world. You changed mine, so thank you so much.”

No wonder he cried, right?! Check out the video below…

Naturally he tweeted about it afterwards, because he’s an Internet babe.

I love Shailene Woodley. Overwhelmed and grateful for her friendship and for her being hazel so brilliantly.

The second adaptation from the works of John Green is also in the making after the success of The Fault in Our Stars. Paper Towns is due to be released in July this year with supermodel Cara Delevingne playing the mysterious girl next door. Check out a clip here:

Are you a fan of John Green? Tweet us your favourite novel of his @sofeminineUK!