Shailene Woodley Slams Twilight as a "Toxic Relationship": All the Reasons We Kind of Agree

by the editorial team Published on 13 March 2014 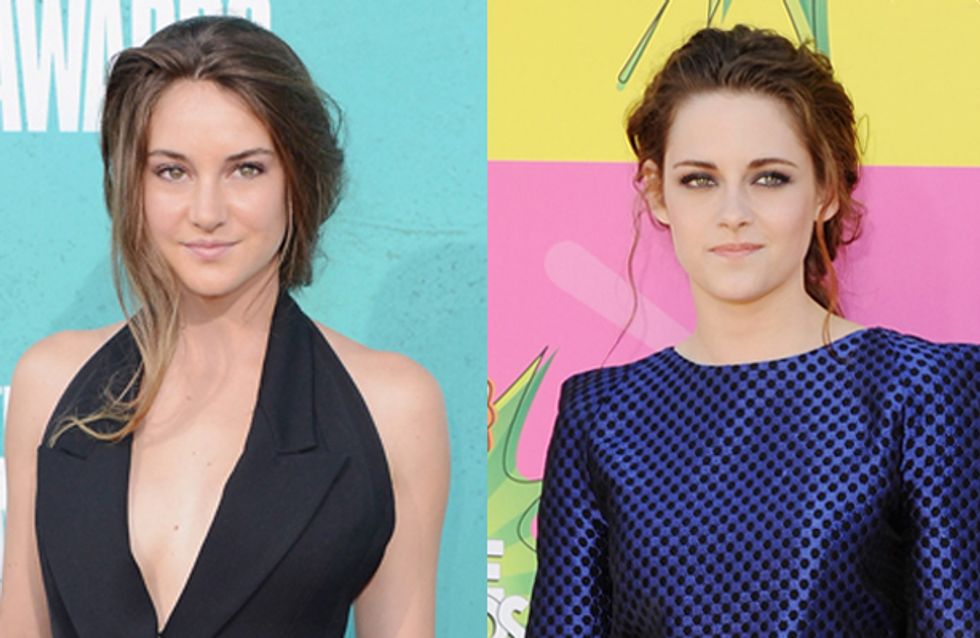 Divergent star Shailene Woodley is not afraid to be herself and speak her mind, and in a recent interview, she bashed the young adult series The Twilight Saga as being a bad influence on young women due to it's "toxic relationship." While Twilight films can definitely be a guilty pleasure sometimes, we've got to agree with Shailene on this one, and here's why...

Shailene Woodley, young starlet of The Descendants, Fault in Our Stars and the upcoming Divergent film, has spoken out in a Teen Vogue interview about how Twilight does not set a very good standard of relationships for young girls to look up to.

"'Twilight,' I'm sorry," she says, "is about a very unhealthy, toxic relationship. She falls in love with this guy and the second he leaves her, her life is over and she's going to kill herself! What message are we sending to young people? That is not going to help this world evolve."

While we love those sexy vampires and werewolves, we've got to admit that Shailene has a point, and here's why the relationship in Twilight is dysfunctional to say the very least.

If a guy is aloof, rude and straight up tells you to leave him alone, that must mean he's in love with you.

Even though he says he's dangerous and a bad guy, you're not afraid. Of course you'll enter into a dangerous relationship, why not?

And an angsty, brooding, self-loathing guy is oh so sexy.

When he leaves you, there is nothing else worth living for...

And why not put your life in danger, as long as it's in the service of love.

If Mr. Perfect has broken your heart, there's always that incredibly sweet (and hot) guy waiting in the wings...

You can flirt with him even though you have no intention of giving him a break.

And even though your man left and broke your heart into tiny pieces, there is no problem accepting him right back into your life.

You'll love him forever, even if that means leaving your family behind.

You never wanted to get married at age eighteen, but it's true love, right?

What's your fave or least fave part of Edward and Bella's relationship? Tweet us @sofeminineUK.