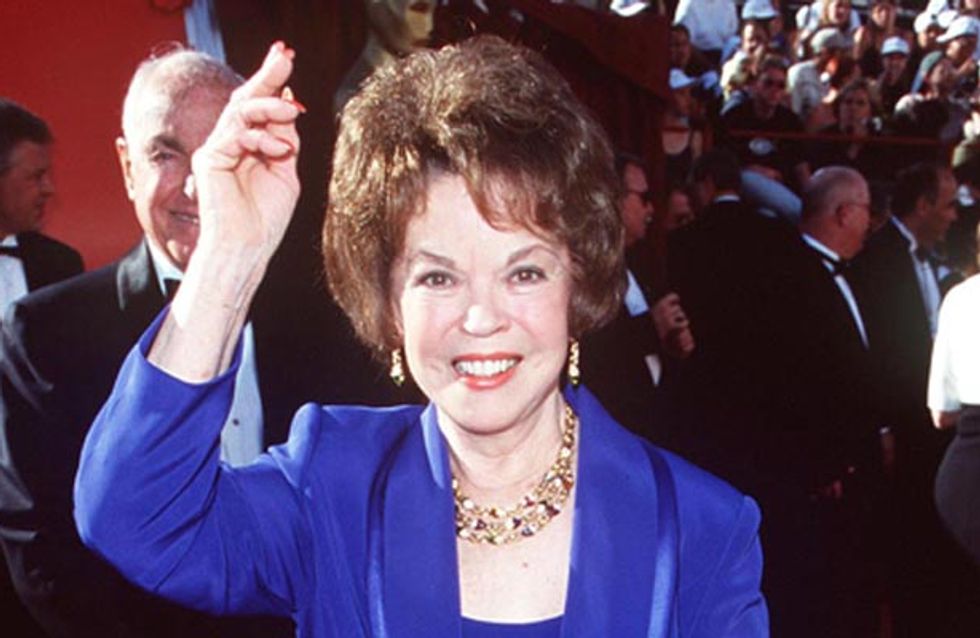 Shirley Temple, the Hollywood actress and former child star has died, her family have confirmed. The 85-year-old passed away peacefully from natural causes surrounded by her family and caregivers at her home. Shirley’s career began astoundingly in 1932, and she is ranked eighteenth on the American Film Institute’s list of the great female American screen legends of all time.

Shirley Temple died in her home last night at the age of 85, her family have confirmed.

They released a statement today which said: “We announce with great sadness that ambassador Shirley Temple Black, former Hollywood child star and forever ‘America’s little darling’ peacefully passed away at her Woodside, California home from natural causes, at the age of 85, on February 10, 2014 at 10:57pm.

“She was surrounded by her family and caregivers. We salute her for a life of remarkable achievements as an actor, as a diplomat, and most importantly as our beloved mother, grandmother, great-grandmother, and adored wife for fifty-five years of the late and much-missed Charles Alden Black.

“She is survived by her children Susan, Charlie Jr, and Lori, granddaughter Teresa and great-granddaughters Lily and Emma.”

As a child star, Shirley received a Juvenile Academy Award for her outstanding contribution to motion pictures, and merchandise based on her image including dolls, dishes and clothing was released. Although she continued to act into adulthood, Shirley also became active in the Republican Party in California, and was appointed the first female Chief of Protocol of the United States and the Ambassador to Ghana and Czechoslovakia.

What was your favourite Shirley Temple movie? Tweet us @sofeminineUK

Loading...
by Emmy Griffiths
From hair ideas to outifts, look no further for your daily inspiration