Phoebe-Lettice Thompson and Spencer Matthews have teamed up to join happy couples Lucy and Jamie, and Binky and Alex in South Africa, presumably to cause trouble and fall outs between the bunch. Phoebe and Spencer. The ultimate evil duo of villainy. Is anyone else afraid for the rest of the Made In Chelsea stars? We’re very concerned right now. But also glued to our screens...

Phoebe-Lettice Thompson and Spencer Matthews have teamed up on Made in Chelsea for as yet unknown heinous deeds which we assume will be akin to Shakespeare villains. But hey, it’s going to make great telly!

Spencer has become increasingly righteous for someone so very, very in the wrong about best pal Jamie Laing and ex-girlfriend Lucy Watson’s relationship, and will take every opportunity to call Jamie “disloyal” and bring up how betrayed he feels. Pot calling kettle black much you serial cheater?! 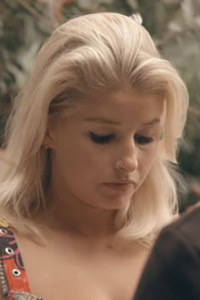 Since Spencer is hating on Jamie, and Phoebe is evidently Lucy’s biggest MIC rival with the two of them clashing almost every time they see one another, it is unnerving us greatly that the two seem to be pairing up – then again that’s what happens when you diss someone’s Bollywood themed nose ring Lucy, you should have thought it through!

Phoebe has also flirted around with both Jamie and Alex – Binky’s new (sexy) boyfriend – before Jamie essentially picked Lucy over her – so what on earth does she have planned now Spencer has invited her along to the ‘couples’ holiday next week? We can’t imagine it will be anything good.

It seems like this Dick Dastardly and Muttley friendship was made as Spencer seems to be losing all his other friends, as this week his spat with Andy over Louise continued with a magnificent victory for Andy.

Spencer tried to apologise when the exchange went down, and it’s brilliant.

Andy replied: “I’m going to let you say you’re a moron. Because I know you ARE a moron. But I’m not going to give you the time of day.”

Spencer tentatively tried again: “I just want you to know that I am genuinely sorry and it does hurt me.”

Andy the arguing champion responded: “I genuinely believe that you are full of s**t.”

YES ANDY! Would you like some cream for that burn Spenny? The 25-year-old then turned to befriend Phoebe.

He said: “Have you heard about this trip? It would be nice to have you there. Shall we just rock up together at the airport?”

Yep, he invited her to the group’s couple trip to South Africa. Lucy and Phoebe shut together in an metal box thousands of feet in the air? What could possibly go wrong!

At least next week’s episode is going to be awesome, as it looks like Jamie and Spencer give Lucy a choice of how she wants to date out of the two of them, since she has admitted now that she no longer hates Spencer, and would choose him over Jamie if he wasn’t such a cheating rat bag.