by the editorial team Published on 6 May 2011 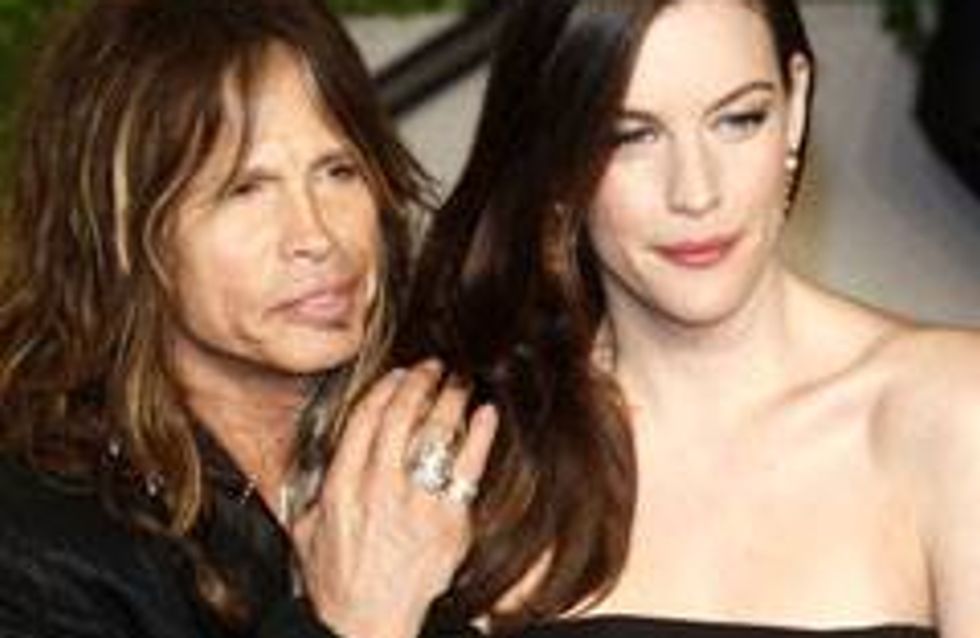 Liv Tyler has revealed her rock star dad Steven wears her clothes, and has no problem donning garments for girls.

Steven Tyler wears his daughter Liv's clothes.
The actress has revealed her Aerosmith rocker father - who is a judge on 'American Idol' - is comfortable putting on women's clothes, and often raids her wardrobe for feminine garments he likes.
She told New York magazine: "My dad wears girls' clothes - it's so funny. And sometimes I see him and I'm like, 'Nice shirt!', because it's from my closet."
But Liv, 33, has no problem with her 63-year-old dad's flamboyant style or his eccentric personality.
The 'Incredible Hulk' star insists he is a "magical man" and she thinks he has been on refreshing change on 'American Idol' - on which he sits on the panel with Jennifer Lopez and Randy Jackson.
She added: "I speak his language. I understand what he's talking about. I feel really proud of him. I think he's a really amazing, magical man and all those funny things that he says that people find so strange, my whole life I've been hearing them and they make me laugh."
Earlier this week, Steven revealed he had ended his feud with Aerosmith guitarist Joe Perry so the band can reform and perform on the final of 'American Idol'.
The 'Walk This Way' singer said: "I sent Joe a bunch of songs and he sent me a bunch of licks.
"We're getting together for my father's birthday - he'll be 95 - in May and I'm gonna have a band meeting at which time we're gonna settle a lot of the tumult that's been going on in the last year between lawyers and managers."

Are newly-single Orlando Bloom and Liv Tyler dating? by the editorial team
+
All the news about Liv Tyler
For all the best videos, memes and shareable news!