7 Questions We Have For The Second Series Of Stranger Things 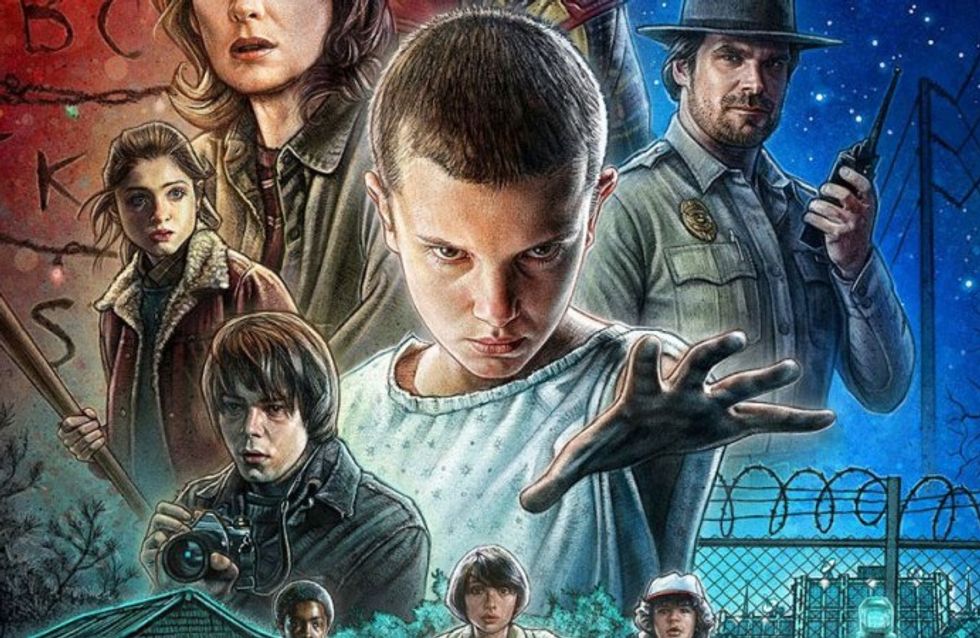 Well, it's finally official: Stranger Things has confirmed a second series will be released on Netflix on October 31 - i.e. Halloween - this year. A video posted on the official Twitter page announced the news in classic Stranger Things fashion. But there's so much that lies open, and we're eager to know whether we will finally get all our season one questions answered when Mike and the gang return next year. Here's what we know, and what we want to know.

Last we saw of Eleven she was disintegrating into a million pieces along with the Demogorgon, using the last of her telekinetic powers to expel him from the living world and, perhaps, back to the Upside Down. So what now? In the last few minutes of the series, we saw Hopper delivering a tupperware box and a wrapped-up Eggo - Eleven's favourite - to a secluded spot in the woods. What does this mean? Is Eleven still out there somewhere? Did she and the Demogorgon sort out their issues? Have Eleven and Hopper got some sort of unspoken agreement? Matt Duffer told Variety in July: "​ Obviously something happened to [Eleven] when she destroyed and killed that monster and we don’t know where she went. Hopper is left with this guilt because he sold her out.... we like the idea of potentially putting her and Hopper together."

WTF is going on with Will?

When Stranger Things season one finally drew to a close, everything looked like it was getting back to normality. Will's home, Steve bought Jonathan a new camera, Barb... well, we won't talk about Barb. But as we see Will enjoying being back at home with Joyce and Jonathan in time for Christmas, a moment in the bathroom is what really grabs our attention. He's still having momentary relapses back to the Upside Down, and he's vomming up weird slugs. So, wtf is all that about, huh? Perhaps the Demogorgon has somehow made Will evil, or perhaps, now that Will's let the alien slug slide down into the drain pipe, it's going to take over the town. Who knows? Nothing is off the table with Stranger Things.

Are Nancy and Jonathan going to stop messing around and kiss already?

Now, towards the end of season one there was mad sexual tension between Nancy and Jonathan. He liked the way she swung a bat. She liked the way he slept in a bed with her so she wouldn't be scared. They had that VERY sexually charged conversation in the woods about their perceptions of one another. When they cut their hands and waited for the Demogorgon to turn up, it was almost like you could see their minds ticking over, like, "have... have we got time for a quick one? Blame it on the heat of the moment?" But they didn't, because the Demogorgon and Big Haired Steve come in and ruin everything. At the end it turns out Nancy choses Steve over Jonathan, but there's still a little of that tension lingering. Will they stop playin' and have sex already? Well, there's always season two...

The last we saw of Papa, he was being totally annihilated by the Demogorgon - but unlike others in the scene, he's the only one we don't see dead. So, is he still alive? Will he be back to cause more havoc on the kids? Matthew Modine, the actor who plays Papa - AKA Dr Martin Brenner - told French movie site "there will be a season two", but does that mean he'll be a part of it?

Who is Eleven's mother?

Jeremy Kyle, get yourself in there. We need to work out just who Eleven's mama is! It's already been strongly hinted at that the unresponsive Terry is El's mother: Becky, Terry's sister, tells Hopper and Joyce that her sister had taken part in a mind-control experiment run by Dr Brenner's lab, which involved her taking a helluva lot of LSD. Her baby, named Jane, was born with telepathic abilities. Sounds familiar? Will Terry finally start talking in season two about her baby? We can only hope. Think of that emotional reunion!

What's going on with Hopper?

Before Hopper and Joyce were allowed to venture into the Upside Down, Hopper made an agreement that, once the boy had been fetched, they would never utter another word about the lab or what goes on there again. After the world had been set to rights, we see Hopper immediately jump into a car with a couple of suits. Was he doomed to forever be a slave to Dr Brenner? Well, we're not sure, because skip forward a month and he's happily enjoying his work's Christmas party. Does his mysterious car journey have something to do with the Eggos he's been leaving for Eleven?

Are we going to go forwards in time?

I mean, we can't pick up a week later can we? That's too soon. Matt Duffer told IGN they will definitely be jumping forward a year or so - mostly due to the fact that many of the younger cast are beginning to go through puberty: "You have to jump a year. Because like Gaten [Matarazzo], his voice has already dropped quite a bit, to the point where we couldn’t even do ADR [additional dialogue recording] with him. We had to pitch it way up. It’s dropped. He’s grown. As much as I would love to have it be Christmas right after that, it’s just not feasible, so we’re going to skip a year. They’ll be a year older and all their changes they’re going through, we’ll take that into account and kind of work that into the show."

Are you excited for season two of Stranger Things? Let us know! @sofeminineUK

Where Are These Child Actors Now?