by the editorial team Published on 15 December 2012 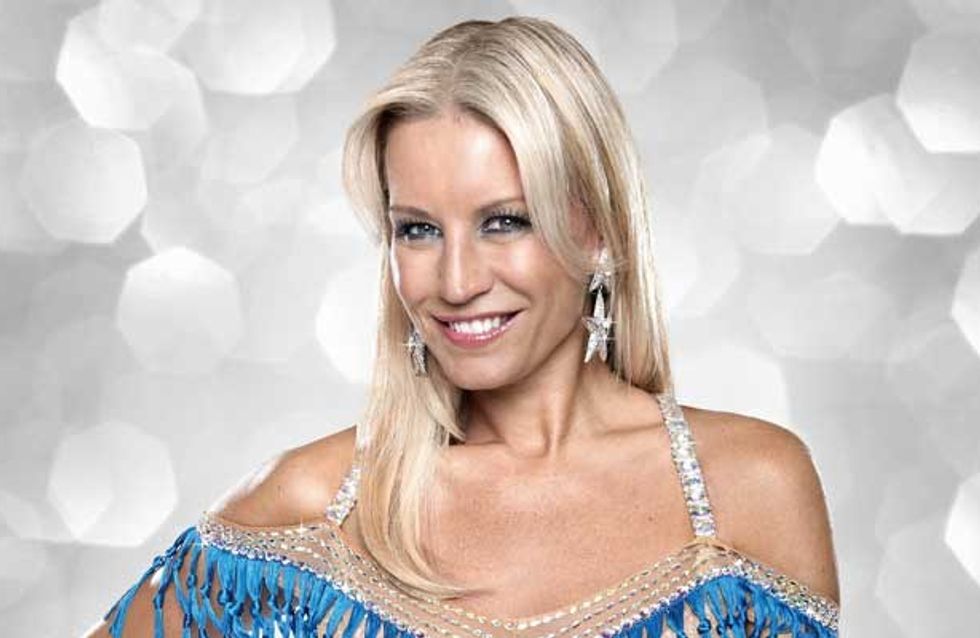 Denise Van Outen has had enough of people saying she shouldn't have been allowed to take part in Strictly Come Dancing.

Strictly Come Dancing 2013: Our top 10 moments ever
Strictly Come Dancing series 11 starts tonight, so we decided to round up our favourite moments from the past 10 years. We've got wardrobe malfunctions, judges madness, epically good routines and disaaaasterous dances. If you've been watching for years, here's a treat from memory lane. If you're new to the show, you'll see just why people can't get enough of the sequins and glitter.

Though she's a West End star, 38-year-old Denise insists she's had minimal dance training - and it was a long time ago.

She also believes her competitors on the show - including actress Dani Harmer and Girls Aloud singer Kimberley Walsh - have just as much experience as her.

She told the Daily Mail: "Dani Harmer went to stage school. She is half my age so attended more recently.

"Lisa Riley went to theatre school, so did Kimberley Walsh. And Fern Britton did the Strictly Christmas Special before doing the show.

"I went to a dance school when I was a child to do ballet, tap and modern, but I haven’t danced since then. I have never partner-danced in my life.

"It is a rule on Strictly that you are not allowed to take part if you have had any previous Latin or ballroom lessons. They are very strict about that."

Denise has starred in stage shows including Chicago, Tell Me On A Sunday and Rent - but none required her to perform big dance routines.

She continued: "As for people who think I danced all the way through Chicago, well, if they had seen the show, they’d know I played Roxie Hart, who doesn’t have the dancing part. She just does one number at the end with a hat and cane.

"Because I have done West End shows people think of me as being an all-singing, all-dancing, all-round entertainer.

"But Tell Me On A Sunday, Andrew Lloyd Webber’s show, is all song. In Rent I didn’t dance, and there was no dancing in Legally Blonde. So I do feel it is a little bit unfair.

"What I do on a Saturday night is a result of putting in so many hours of training.

"James, my professional dance partner, always sticks up for me because he knows I really do struggle with it. It’s just that I won’t give up until I get it right.

"It’s so technical I find it hard to pick up. I end up treading on James’s toes and getting my arms all twisted."

Denise and her professional partner James Jordan have been favourites on the show from the outset, performing impressive routines week after week.

Fortunately, Denise beat Nicky Byrne in the dance-off and she'll be taking part in this weekend's semi-final.

She added: "The key to doing a good dance is to make it look comfortable and easy and effortless. On Monday and Tuesday it is always a bit of a car crash, on Wednesday the steps start to sink in and on Thursday we will rehearse sometimes from 10am to 10pm.

"We all say it would be lovely to be in the final and have the opportunity to win. But I understand it is a TV show, a popularity contest. So I don’t mind about not winning.

"To me it is not about that, it is about enjoying the dancing. I don’t know how I am coming across on camera."

Denise Van Outen and Lee Mead confirm split by the editorial team
+
All the news about Denise Van Outen
From hair ideas to outifts, look no further for your daily inspiration