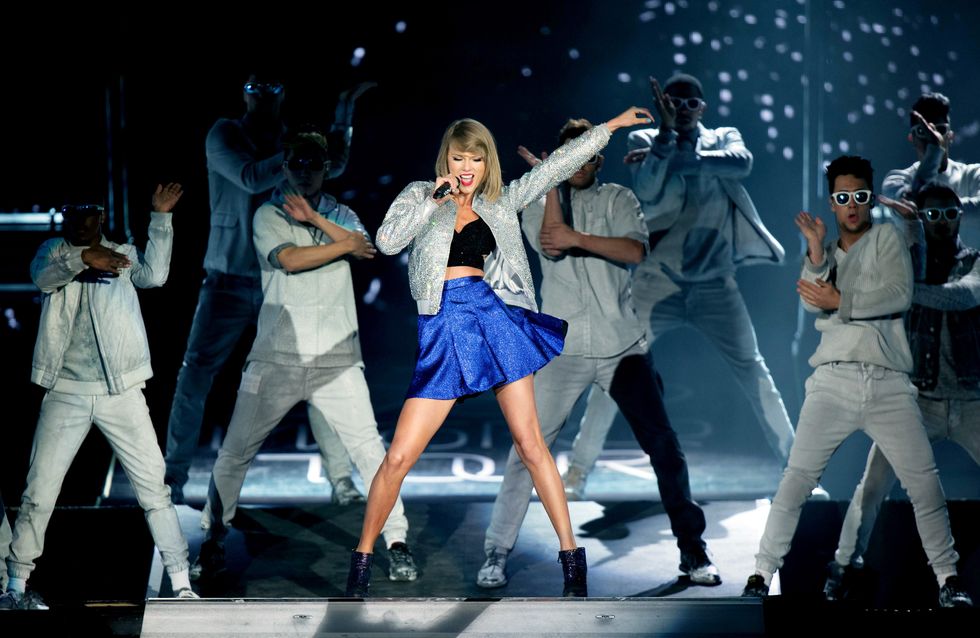 Taylor Swift wins at life. Debuting her latest music video for "Bad Blood" at the Billboard Music Awards, Swift revealed what might be the most brilliant work we've seen from her thus far. And yes, this might just surpass the wonder and glory that is "Blank Space." I know, I can't believe it either.

Since May 7 Swift has been teasing the video on social media prior to its release with images of each of the characters starring in her production. The excitement of the movie poster-esque photos was unreal, yet nothing could prepare us for this. With a little bit of "The Hunger Games," a dash of "Divergent," some "Tron: Legacy," and even "Ender's Game" thrown into the mix, "Bad Blood" is everything and more!

The video, which stars an entire cast of her friends, from "Law & Order: SVU"'s Mariska Hargitay to BFF and actress Hailee Steinfeld, should probably win an Oscar for Best Live Action Short Film. Revolving around a storyline where Catastrophe (Swift) is betrayed by her supposedly loyal friend Arsyn (played by Selena Gomez), "Bad Blood" includes an epic battle scene with some pretty badass "Charlie's Angels" meets "Kill Bill" moves.

How Swift will ever top this truly stumps me, but knowing her, she'll probably do it.

What did you think of Taylor Swift's music video? Tweet us @sofeminineUK

Taylor Swift: Her Tresses Through Time:

Daytime Television That Will Make You Sad To Be Human