by Dagney Pruner Published on 5 November 2014 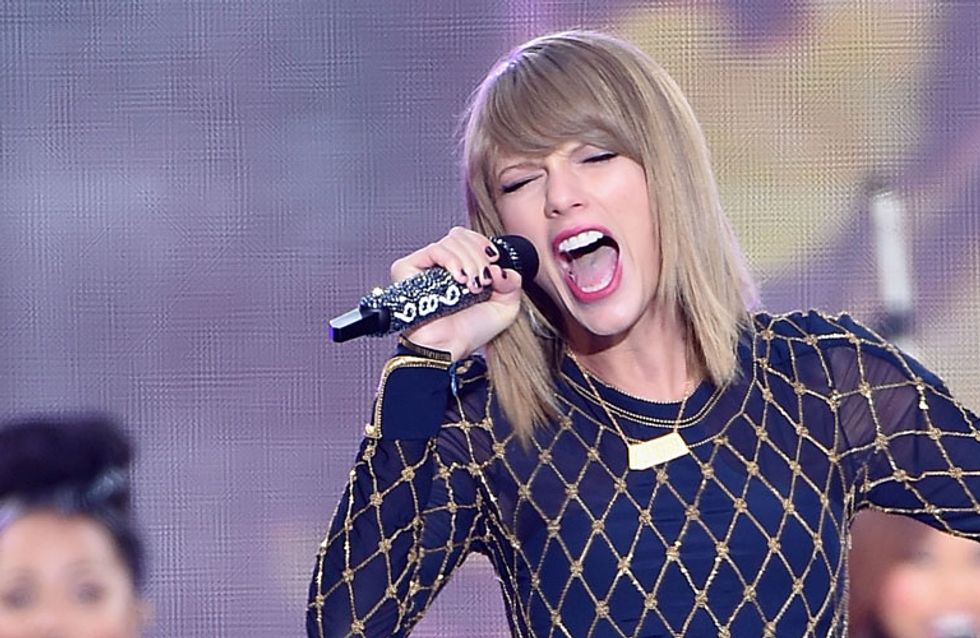 Unless you have been living under a popstar-proof rock, there is NO way you didn't know that that Taylor Swift released a new album called "1989." The album is setting all sorts of crazy records and is proving just how much the Taylor Swift brand is here to stay. Naturally, she just announced her massive world tour, but she also revealed that ALL of her music is now off Spotify. Wha?! Please see below.

So it wouldn't be a Taylor Swift PR frenzy without some up's and down's and some good old fashioned record breaking. Just how many records has she sold?! She is projected to sell over 1.3 million, which is the biggest sales week for a female artist since Britney Spears' "Oops! ... I Did It Again" in 2000. And the biggest week in album sales since 2002's "The Eminem Show" by, you guessed it, Eminem.

Although it's her fifth album, she has now set the record with three consecutive million-selling weeks for her album debuts. That has never been done before. NBD.

We don't know who her PR person is, but they are getting a serious pat on the back right now. Naturally, these records would mean nothing without a world tour to accompany it. So Taylor decided to announce her tour dates this week, with only THREE UK dates. Sorry, what? If you want to fly all over the world to see Taytay in all of her high waisted short-clad glory, here are the dates:

So what's the deal with Spotify? Well the one negative piece of this press tour has been T Swift's decision to take ALL of her music off Spotify, and unfortunately for all those Swifties out there, 25% of Spotify listeners have streamed Taylor Swift songs, and they appeared 20 million playlists.

Turns out, speculation is that Scott Borchetta, the CEO of Taylor's label Big Machine Label Group, demanded that the music be pulled as it isn't helping drive revenue for the album's release. Borchetta is reportedly trying to sell the label group and good album sales numbers looks better for potential buyers who won't care about views on Spotify. Greedy lil record exec. Check out Spotify's presh response:

"We love Taylor Swift, and our more than 40 million users love her even more – nearly 16 million of them have played her songs in the last 30 days, and she's on over 19 million playlists.

We hope she'll change her mind and join us in building a new music economy that works for everyone. We believe fans should be able to listen to music wherever and whenever they want, and that artists have an absolute right to be paid for their work and protected from piracy. That's why we pay nearly 70% of our revenue back to the music community.

PS – Taylor, we were both young when we first saw you, but now there's more than 40 million of us who want you to stay, stay, stay. It's a love story, baby, just say, Yes."

And yes, they even created a come back Taylor Swift playlist called "What To Play While Taylor's Away." Hopefully this record exec, who we assume is not hard for cash in the least, wises up and gives the Swifters what they want. After all, it's definitely what Olivia Benson would want. And Olivia Benson gets what Olivia Benson wants. Just look at that face:

Do you think Taylor should put her music back on Spotify? Tweet at us! @sofeminineUK!

Swiftamine: For Everyone Who Has Realised They Actually Love Taylor Swift