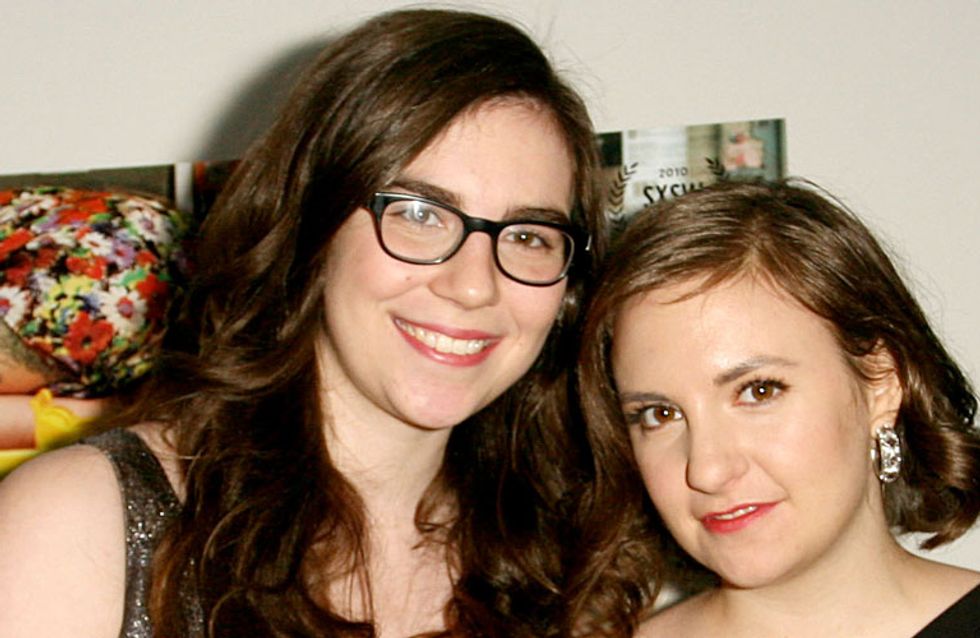 Does the media have it out for Lena Dunham?

Lena Dunham isn't exactly a media darling. Sure many female celebs are tripping over themselves to become her best friend, but her work has been criticised for being a bit out of touch and elitist. Yet, she continues to make enviable moves in her career, particularly snagging a nearly 4 million dollar book deal with Random House last year. The book of essays was published in September to much fanfare but her tour has taken a surprising turn for the WTF?

Just last night, Lena canceled another book tour appearance in Germany amidst a nasty claim that has gained traction over the weekend. She had backed out of an appearance in Belgium as well.

German readers: I am deeply sorry to miss tomorrow's event in Berlin. I am so grateful for your energy and support. Mit viele liebe.

To my Belgian readers, so very sorry to miss the Antwerp Book Fair today but I can't wait to come back and eat fries with you. Much love.

​In her debut book, Not That Kind Of Girl, Lena reminisces on a few eyebrow raising experiences with her little sister, Grace. First off, Lena's a notorious oversharer so everyone expected her memoir to contain some controversial thoughts. However, some of what she decided to reveal to the world is a little personal.

"One day, as I sat in our driveway in Long Island playing with blocks and buckets, my curiosity got the best of me. Grace was sitting up, babbling and smiling, and I leaned down between her legs and carefully spread open her vagina. She didn’t resist and when I saw what was inside I shrieked.

My mother came running. 'Mama, Mama! Grace has something in there!'

My mother didn’t bother asking why I had opened Grace’s vagina. This was within the spectrum of things I did."

"As [Grace] grew, I took to bribing her for her time and affection: one dollar in quarters if I could do her makeup like a 'motorcycle chick.' Three pieces of candy if I could kiss her on the lips for five seconds. Whatever she wanted to watch on TV if she would just 'relax on me.' Basically, anything a sexual predator might to do woo a small suburban girl I was trying. Maybe, I thought, she would be more willing to accept kisses if I wore the face mask my grandmother had for when she did her dialysis. (The answer was no.) What I really wanted, beyond affection, was to feel that she needed me, that she was helpless without her big sister leading her through the world."

Now, I'm not going to play an armchair psychologist. Children are known for doing some weird things, especially when they're young and curious about their own bodies, and shouldn't it count that Lena's sister, Grace, finds the claims laughable? Nevertheless, Lena is really pissed off about how the media's treated these excerpts:

The right wing news story that I molested my little sister isn't just LOL- it's really fucking upsetting and disgusting.

And by the way, if you were a little kid and never looked at another little kid's vagina, well, congrats to you.

Usually this is stuff I can ignore but don't demean sufferers, don't twist my words, back the fuck up bros.

I told a story about being a weird 7 year old. I bet you have some too, old men, that I'd rather not hear. And yes, this is a rage spiral.

Sometimes I get so mad I burn right up. Also I wish my sister wasn't laughing so hard.

Do you think the media is seriously overreacting? Tweet us @sofeminineUK!