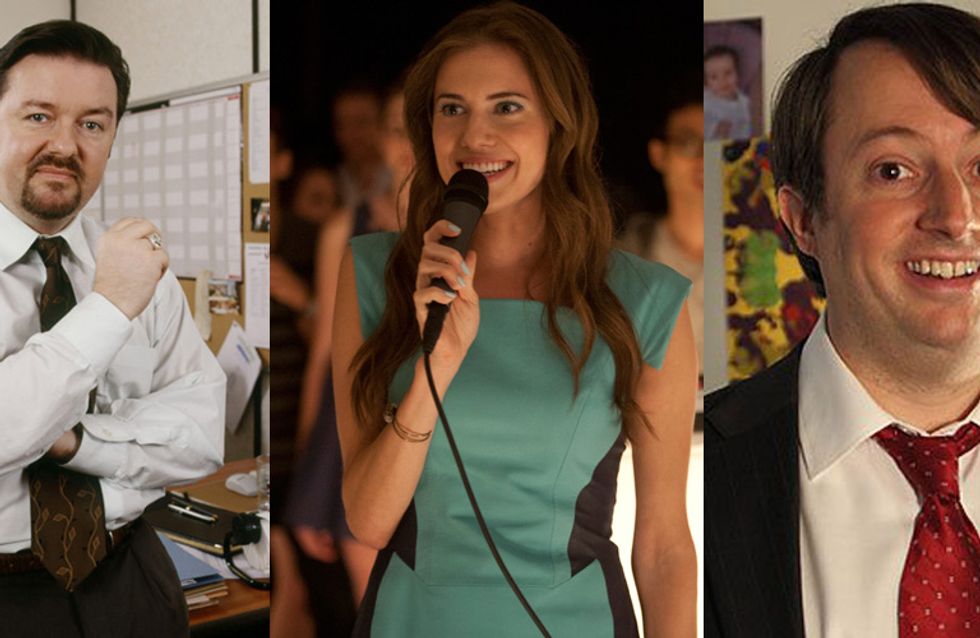 If you hate the sort of comedy that makes you want to turn away from the screen with embarrassment, this isn't the one for you. But if you thrive on cringeworthy moments, these are THE comedy characters who know exactly how to make you cringe even at the very memory of watching...

Schmidt is so loveable, but he is also in that loft to provide the ridiculousness and he succeeds beautifully in his role.

Phil is the ultimate television dad, meaning that he goes to ridiculous lengths to look cool in front of his kids to hilarious results.

Michael is the kind of guy who wants everyone to think he is a cool boss (even buying himself a 'world's best boss' mug to make it realistic), and ends up shooting himself in the foot when his cool guy statements backfire horribly.

The Dean is the clueless yet loveable manager of the surreal Greendale Community College, and rightfully so he is just as weird and dysfunctional as the school. Perhaps the best example of this is Dean's array of costumes.

Gareth is so very unaware that he is horribly inappropriate, and instead attempts to act like a bantering lad and fails miserably. From casual racism to chatting up women, Gareth's utter inability to play it cool makes him a worthy member of our cringe list.

Jenna is the clueless, bimbo diva of the 30 Rock world, and her total narcissism is especially funny when she is humiliating herself to the point where it's so painful for other characters to watch that they simply pass out.

For people that really hate Glee, every single moment of it is a cringe fest. But for it's fans, Rachel is the only one who really wants to make you curl up in a ball and fast forward to the next scene. She is the bossy yet talented stuff of nightmares.

Parks and Recreation is occasionally a cringe comedy, and no character is better in these moments than Jerry Gergich. As the office loser, every moment Jerry is allowed to speak for longer than five seconds is utterly mortifying. Good thing his wife's so hot.

Mark is the sort of person who is too afraid to speak up in potentially damaging situations, and let's things go progressively bad to worst through his thorough indecisiveness. While he is aware that he is utterly ridiculous, his desperation to avoid conflict makes him forever susceptible to these stupid situations.

Is there anything more embarrassing than a dad who thinks he knows how to communicate with his kid (he doesn't), hasn't worked out he's gay (he is) and decides late in life to become a really bad actor? Nope, no there isn't. Tobias Funke is Arrested Development's strongest cringe element, and we love him.

4. Will McKenzie - The Inbetweeners

The big thing with cringey characters is that they have no idea how they come across, and for Will that generally means that he firmly believes himself to be in the right while either flying off the handle or acting too old for his age. Unlike Jay or Neil, who we laugh at because, let's face it, they're idiots, we're laughing at Will because he's too smart for his own good.

Every moment of Extras is rammed full of horrendous cringe moments, mostly triggered by either Ricky Gervais's character Andy, his clueless friend Maggie or one of the hilariously awful guest stars. The comedy is so awkward that most of the time no one can get through the scene with a straight face, and there's even a whole bonus features special about corpsing.

The dance. That is all.

Marnie is so pretty, and so it takes a while before you realise how utterly clueless she is about how she comes across to others, especially when she has a microphone in her hand. Marnie's singing sessions in Girls make up of the show's cringiest moments - whether she is filming a music video or just working on an acoustic rendition of Kanye's 'Stronger.'

Who is your favourite cringey character? Tweet us @sofeminineUK!