by Emmy Griffiths Published on 18 November 2015 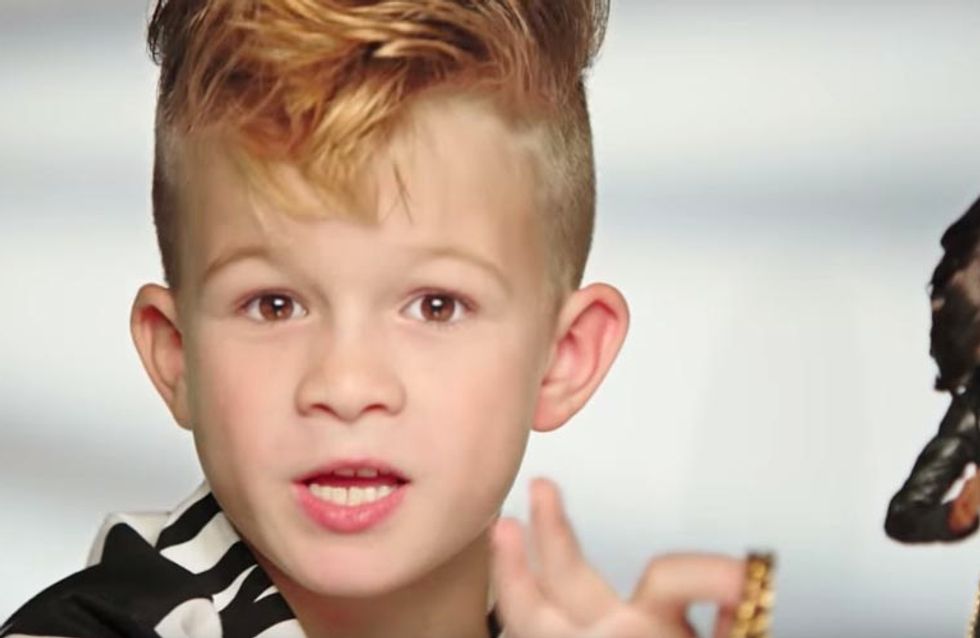 A lot has changed since we were little and wanted a Butterfly Princess Barbie for Christmas. For starters, Barbie's hottest new look is 'Moschino Barbie' (the Youth of today, huh?!), but more importantly, Barbie is proving that dolls aren't just for girls by featuring their first ever boy in their ad, and we LOVE him.

For the first time in 56 years a boy has appeared in a Barbie ad playing with the dolls (and clearly having the time of his life), and we have to say he steals the show with how much he freaking LOVES Moschino Barbie, shouting:
"Moschino Barbie is SO fierce!" To be fair he totally has a point. Look at those shoes, that belt, HER HAIR!

He even manages to make Barbie's massive Eighties style phone look cool, saying: "It's for you for Moschino Barbie!"

Needless to say, the Barbie boy has become an International treasure...

the new Barbie Moschino commercial includes a little boy and I'm honestly so emotional about it because THAT. WAS. ME.

I AM IN LOVE WITH THE LITTLE BOY IN THIS BARBIE COMMERCIAL! #HELP pic.twitter.com/mUOalpWfLI

What do you think about boys playing with Barbie? Tweet us @sofeminineUK!

Adele's Latest Single Is Here And It's Even Better than 'Hello'
​