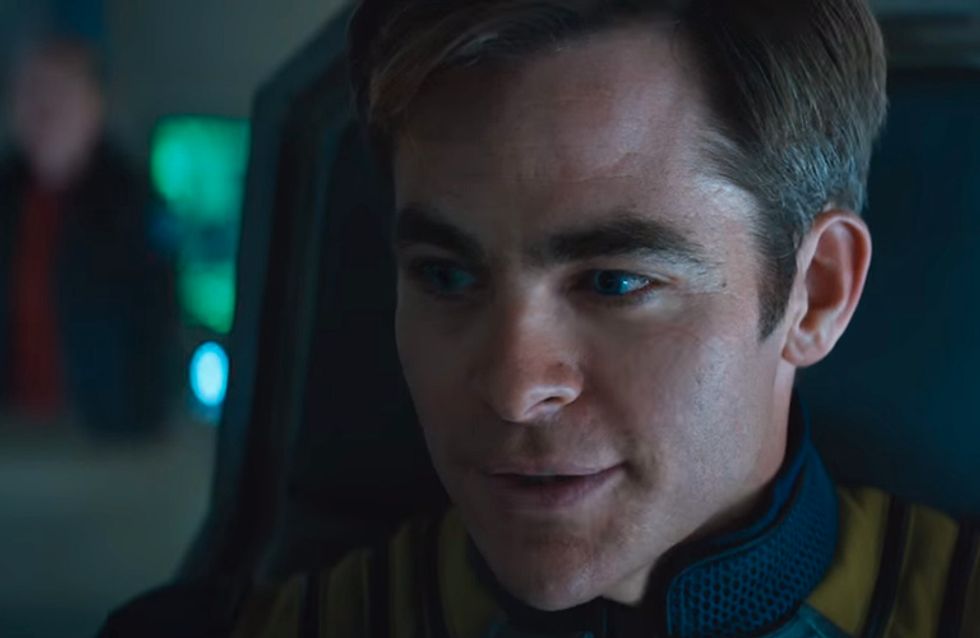 Whether you watched the TV show when you were younger or simply jumped on the series reboot it's official: Star Trek isn't just for nerds anymore. With the last movie seeing a superhuman Benedict Cumberbatch as the big bad, it's sequel has a lot to live up to, and from the trailer it looks like they're upping the stakes AGAIN.

Chris Pine, Zachary Quinto and Zoe Saldana are once again starring in the third of the Star Trek franchise reboot, which shows the shipmates of the Starship Enterprise crash into enemy territory after the Enterprise is destroyed (though...it can't stay destroyed, right? Surely they'll go back in time or rebuild a perfect replica or something?). Seriously, how many times is Kirk going to get away with completely destroying a ship, this has to be his third and final strike!

The trailer also showed our comedy favourites Scotty and McCoy in mortal danger, Spock gravely wounded and Kirk doing some seriously moves on a motorbike. Since this is the first Star Trek reboot without J.J.Abrams at the helm as director, Fast & Furious 6 director Justin Lin has taken the helm, and the whole thing seems to have a much lighter vibe that it's predecessors, but for better or for worse?

What do you think of the trailer? Tweet us @sofeminineUK!

This piece was written by Emmy Griffiths. Tweet her @sofeminineUK!

Why The Holiday Is Legitimately The Cringiest Christmas Film Ever Made

17 Christmas Gifts Perfect For Your Unhealthy Obsession With Unicorns