Why The Holiday Is Legitimately The Cringiest Christmas Film Ever Made

by Pascale Day Published on 14 December 2015 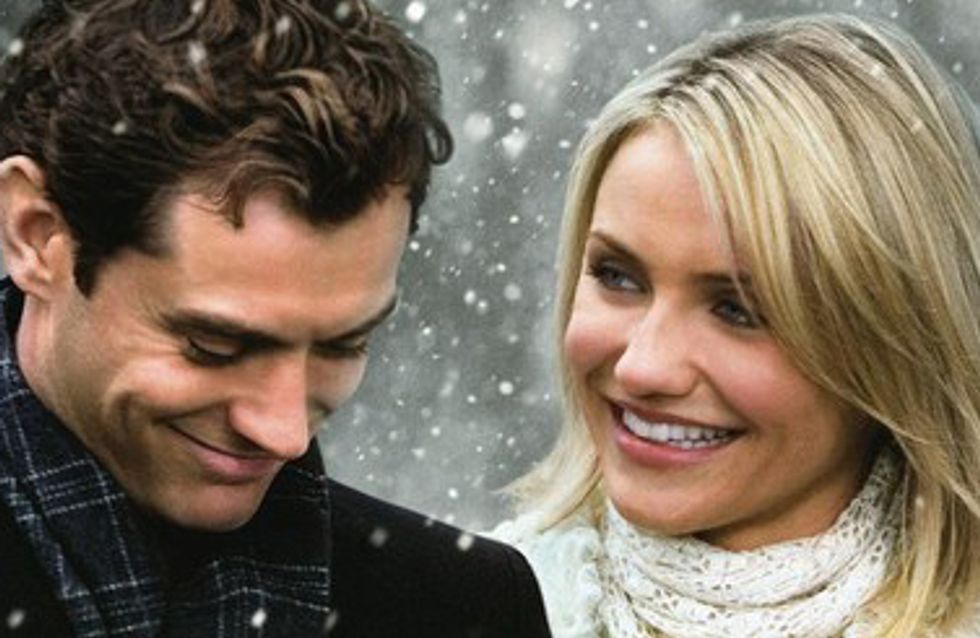 Please stop, Nancy Meyers. Every year this saccharine sweet Christmas love affair appears on our telly box, and every year it makes us cringe beyond belief. From dancing to Jet (Sorry Kate Winslet! We still love you!) to singing along to The Killers, the whole film is painful from beginning to end. Here's a quick reminder of why The Holiday is the worst Christmas film of all time.

Kate Winslet what HAPPENED to you?

Cameron Diaz - we totally expected it from you

Yeah, you made some good films in the past, but your filmography surrounding this film was slightly... dubious, shall we say. (In Her Shoes, anyone?) We would be able to forgive you for this era in your life if The Holiday wasn't such a horribly terrible film.

And Eli Wallach - SMH at you, sir.

Oh, Eli. Eli Wallach. Do you really want The Holiday in your canon of work? You were in the Magnificent Seven! You were in The Good, the Bad and the Ugly! And now this?! You don't want to be remembered for bumbling about in a pool and not knowing how a bog-standard car door works.

Iris and Miles's love story is just not believable

Iris and Miles have zero sexual chemistry. They don't have a steamy, passionate relationship like Amanda and Graham. They have no sexual banter. When Miles kisses her on the cheek twice and then lingers, it's weird, not intimate. And then they start talking about the weather. That's not sexy. "Don't blow away!' says Iris. Don't blow away? Where's the witty banter, Winslet? Where's that hot hot heat? Did you use it all up on DiCaprio? It's like the least sexually charged conversation I've ever been a part of, and it needs to be sorted out if I'm supposed to believe these two people actually want to bump uglies.

I honestly spent the entire film thinking that they were going to end up the best of friends - Iris, Miles and Arthur all hanging out, making up theme tunes together. And that would have been ok. Better even. Because the fact that Miles and Iris kiss at the end just felt wrong. What would have been better and, frankly would have felt more comfortable in my brain was Iris inviting Miles to England, and then Miles jovially gets Iris in a headlock and then noogies her head. Either commit to the romance or don't include it. Don't just add it in at the end of the film like some afterthought. And what's Arthur supposed to do for new years now? He thought the three of them were going to have a few cheeky sherberts and then get in his hot tub!

Jude Law crying over Cameron Diaz is just not believable

C'mooooon, Jude Law would NOT be crying when Cameron Diaz left. He would not be standing alone weeping in to a handkerchief. He'd already be having a Bulesconi-style party with all the nannies Surrey has to offer, chasing them round Iris's delicate little cottage like Benny Hill sketch. This is just the image that comes to my mind when I think of Jude Law. If you want it to be believable, cast someone who ISN'T a love rat in real life.

Ok, Amanda did not sign up for kids. And that's fine. But you can TELL when Olivia and the other one push their way out of the door when Amanda gets to Graham's house that she is NOT okay with the two little squirts in knitted jumpers before her. She doesn't know how to talk to children. She brought a bag full of sexy foods, like crusty bread and cheese and wine, and she ends up getting hot chocolate. There's vicious debates over marshmallows and - oh God - Mr Napkin head. And Amanda wanted was a little summin' summin'. She wore a top with the deepest V! And then Graham gets hot chocolate poured all over his junk so that's off the table. What was even the point, honestly.

Miles, Miles, Miles. Do you know nothing about women? You can't just go out for lunch with a woman, to a SUSHI place, and just run out without paying at least half the bill. Sushi's like the most expensive lunch ever. Was there really a phone call from your ex girlfriend, or did you just order an assload of yellowfin tuna sashimi and not have enough cash on you to pay for it? A piece of advice for the future, Miles: if you're going to dine and dash, save it for a two-for-one in whetherspoons, ya jerk.

They ALL have amazing jobs

Can Nancy Meyers make a film that doesn't have at least one character who's a writer in it? I don't think she can. Every single character in a Nancy Meyers film is a self-sufficient, well rounded person who has an awesome job and loadsa money. In this film, Iris is a column editor for The Daily Telegraph, Amanda owns a company that produces music trailers, Graham is a book editor and Miles is a Hollywood music composer. What a group of friends that makes! Think of the creative brainstorms these 4 people could have together. They could write a film and get it made in six hours. That's how powerful these people are.

We can see why Miles's girlfriend had moved on. At the beginning of the film when we first meet Miles, he's in the car with his girlfriend Maggie, and she's on the phone. Miles is constantly turning the music up and telling her to listen to the flutes because "they're the best part". Nobody is as interested in the flutes as you are, Miles. Seriously. Imagine how many times that must happen to his girlfriend. This is just a small snapshot into their lives. Imagine how many opportunities Miles takes to turn up his stupid classical music when Maggie is trying to make a phone call, and goes "MAGGIE, LISTEN TO THE TRUMPETS. AREN'T THEY MAGICAL? AREN'T THEY MAGICAL MAGGIE? I CAN'T BELIEVE YOU CAN GET THAT NOISE JUST FROM BLOWING INTO A PIECE OF BRASS! IT'S MAD! WAIT WAIT WAIT - CRAAAAZY FLUTE SOLO COMING UP..." I mean yeah, that could get annoying, right? So let's all cut Maggie some slack.

Amanda singing along to The Killers makes us feel supremely uncomfortable

We're looking at you, Cameron Diaz. Watching you sing along The Killers in the midst of faux aggression is one of the more awkward things I have experienced in my life. Also: never, EVER, drink red wine in a white knit. Come on, Diaz. Rookie mistake.

Why would you call one of your main characters Graham when half of the cast have trouble with that exact name? It literally could have been any other name. Anything else. But no, it's the one moniker that all Americans struggle to say. It always come out 'Gram'. 'Gram'.

Amanda has no sense of stranger danger

I don't know how you do stuff in ol' 'Murica, Amanda, but letting strangers into our house in the middle of nowhere and getting weird with them is not the kind of thing we do round these here parts, love. It's lucky that Graham was drunk into having sex with you, because he could have been any old murderer for all you know. No one would ever know you were gone. And the dog would never tell, he's in cahoots with Graham. We all know over in the states you're very progressive, with your automatic blinds and phone-operated gates, but over here we're old fashioned. We like we don't like electric stoves or electric heating. In cold weather we layer up and don't put the heating on, and all our gates are made of wood and are hanging off their hinges. We're suspicious and passive aggressive, as you should be. You should always, ALWAYS ask everyone for proof of identification at the door and sleep with a knife under your pillow. You can never be too careful.

There's the older, polite kid, but she's very suspicious. I was never that interested in being polite to adults when I was that age. I'd be upstairs eating my own body weight in Chewits and playing with my barbies, and if my dad wanted me to come downstairs and say 'how do you do?' to our guests he'd have to pay me in more Chewits. I bet there's a whole other film to come after this one solely about the sabotage of Amanda and Graham's relationship by the kids. And what's with Olivia? She's the worst! Demanding Amanda's bag of adult cheese and bread and wine when they first meet? There could have been some very sexually suggestive things in that bag - it's not like Amanda knew there was going to be children present.

Do you like The Holiday? Then girl, you crazy! Tell us your opinion: @sofeminineUK

8 Reasons Buddy The Elf Is Actually The Worst

​​​​4 Christmas Villains That Are Totally Justified In Their Actions