8 Reasons Buddy The Elf Is Actually The Worst 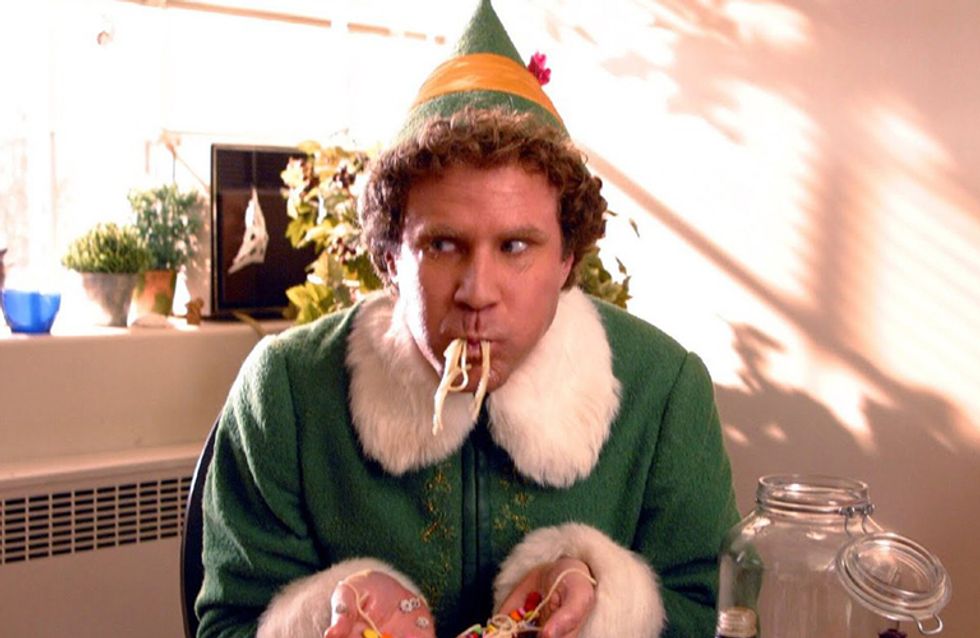 Everybody thinks that Buddy the elf is so adorable, fun and loveable just because he puts maple syrup on everything and just wants to spread Christmas cheer by singing loud for all to hear. But if you really think about, the man is actually nothing but chaos and despair. Here's why Buddy is the actual worst...

He has all of these plans for his family and his potential love interest but does he ever bother to ask what they want, hmmm?! For saying the aim of Buddy's trip was to take his father off the naughty list, Buddy's own behaviour isn't too shiny himself. What if his Jovie is allergic to cookie dough? Did you ever think about that Buddy?!

Whether or not Buddy thought that the famous author Miles Finch was an elf or not, the man clearly didn't want to be called elf. He gave Buddy a clear cut warning that he did not like to be called that, and by this point Buddy has learned so much about life outside of the North Pole that he should have realised and kept quiet.

​Instead, he kept goading Miles until he was JUSTLY attacked, which ended with Miles walking out and leaving his father's job in jeopardy. Why Buddy, why would you do this?!

When in his dad's office, he leaps over to the phone and answers it straight away as his father struggles to get the phone off him. Why isn't he trying to make his dad happy? Why doesn't he have ANY respect for his father's workplace? Being an elf, he surely would have known how to act in a workplace. We even know that he knows as we see all the elves in the workshop before he travels to the North Pole. He isn't forcing himself into other people's business there, so why here?!

He is totally over-the-top

Buddy is like one of those people who tell you their opinion even though you didn't ask for it, like: "that dress is way too small on you but I'm only telling you because I care." Like, get out of my life! The shop Santa Claus really didn't need any of Buddy's BS. Maybe he smelled of beef and cheese because he works in a homeless shelter and was serving beef and cheese for lunch. How on earth can Buddy, Buddy the selfish elf, pass judgment on others when he's such a train wreck?! Get it together.

He leaves his family a note just because he's feeling all sorry for himself. You know he doesn't really think he's done anything wrong, particularly regarding the cookies in the VHS. And just on that thought, why would he put cookies in the VCR if he knew it was a VCR?

Of course Buddy has the capacity to act like a nice, normal person, but he doesn't seem anything wrong with freaking out all the new people he meets just because smiling is his favourite. He never considered for a moment that he might be making people uncomfortable, and if he did he just doesn't care! Buddy can do whatever he likes.

This piece was written by Emmy Griffiths. Don't yell at her @emmyfg!

WATCH: The X-Men: Apocalypse Trailer Is Here And It Looks Freaking Awesome