WATCH: The X-Men: Apocalypse Trailer Is Here And It Looks Freaking Awesome

We've all seen James McAvoy's rocking the bald look for his role as Professor X in The X-Men: Apocalypse, but apart from that not too much has been revealed about the third movie in the incredibly popular X-Men series reboot. This time 'the first' mutant has returned, and the X-Men need to fight him and his supporters and trust us, it looks intense.

The official synopsis reads: "Since the dawn of civilization, he was worshipped as a god. Apocalypse, the first and most powerful mutant from Marvel’s X-Men universe, amassed the powers of many other mutants, becoming immortal and invincible. Upon awakening after thousands of years, he is disillusioned with the world as he finds it and recruits a team of powerful mutants, including a disheartened Magneto, to cleanse mankind and create a new world order, over which he will reign.

"As the fate of the Earth hangs in the balance, Raven with the help of Professor X must lead a team of young X-Men to stop their greatest nemesis and save mankind from complete destruction."

We have some questions, and they are not all about how Jennifer Lawrence gets her hair to look so nice. Naturally our first and foremost question is how does Professor X manage to go from having that luscious head of hair to going completely bald in the last shot of the trailer? James McAvoy has already given us a clue, as he said on the Graham Norton show: "He goes through something so horrible and so physically painful that he literally half pulls his hair out it half falls out."

From the trailer, his eyes turn black as he senses Apocalypse's power, so could that be that James is referring to? Hmm.

We also saw Sophie Turner from Game of Thrones in her role as Jean Grey AKA the Phoenix after having dreamt of the world ending. In the original X-Men movies Jean Grey was hailed as the most powerful mutant of all time, so will this Jean have the same powers?

It looks like our questions won't be answered till the movie's premiere which seems forever away on May 27th, 2016. See you all then!

Check out our favourite moments from the trailer... 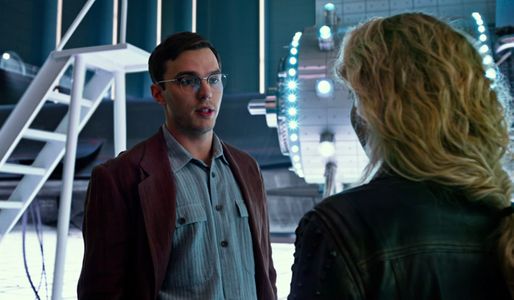 Are you looking forward to the movie? Tweet us @sofeminineUK!