by Emmy Griffiths Published on 16 April 2014 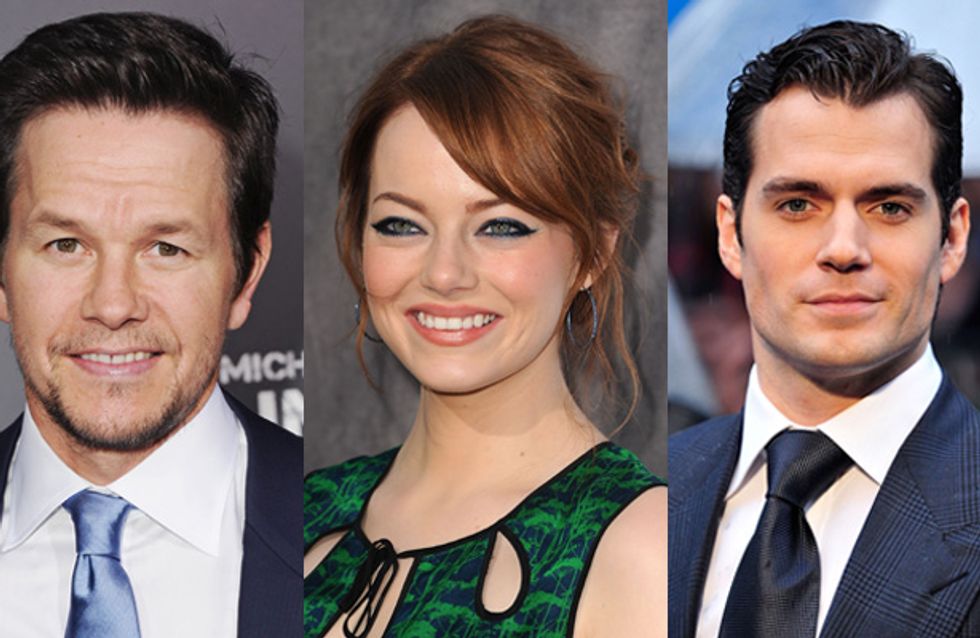 Celebrities can be pretty smart, funny and naturally have publicists who cultivate their image to perfection, so we can all gush about how fun and down-to-earth they all are. So when things go wrong and interviews backfire, is there anything more satisfying?! Here are our favourite ever cringey celebrity interviews, we guarantee you'll facepalm more than once!

Emma Stone went on Graham Norton to promote The Amazing Spider-Man 2 last week, and told a very awkward and kind of unfunny anecdote about seeing a woman pooping in China. It could have been brilliant but she didn’t tell it too well and it fell awkwardly flat (sorry Emma, we love you but it’s true).

To save time, go straight to 6:20 on the vid! It's the part that is VOID of laughter.

Mark Wahlberg got hammered during the Graham Norton show, and although it was hilarious for us, somewhere backstage there was a publicist sobbing into her arms.

Parkinson realised there was something up with Meg Ryan and decided not to beat around the bush and confronted it. We would have LOVED to have seen her reaction backstage after the show!

This was a truly brilliant/insane interview with Miriam Margoyles, Will.i.am and Greg Davies. Not only did Miriam refer to herself as "stacked", casually mention "she has no black friends" to Will.i.am (!!! - don't worry, he falls in love with her) but things got uber hilarious when she told an anecdote about how she gave a soldier a hand job. Our reaction was very similar to Greg’s, which was: “Jesus Miriam!”

Joaquin Phoenix freaks everyone out

Joaquin Phoenix went onto a show and acted extremely peculiarly during an interview. It turned out that it was for a film role, but it’s going to stick with him forever!

When Samuel L Jackson gets mixed up with Laurence Fishburne

It’s not always the celebrity who makes the faux pas, and this was a truly awkward one on the interviewers part!

Quentin Tarantino shutting your butt down

Quentin Tarantino loses it when Channel 4’s Krishnan Guru-Murthy asks him about the implications of violence in his movies. We’re sort of on the interviewer's side, but opinion is pretty divided on who was in the right here.

Bruce Willis on The One Show

Bruce Willis has always been a man of few words, the strong and silent type if you will, but this is just…too much silence.

Mila Kunis argues with a journalist on behalf of Justin Timberlake

Mila getting in an argument with a journalist who probably thought they had a nice, interesting question. She does sound impressive gabbing in Russian though!

Which is your favourite cringey interview? Tweet us @sofeminineUK