by the editorial team Published on 31 August 2013 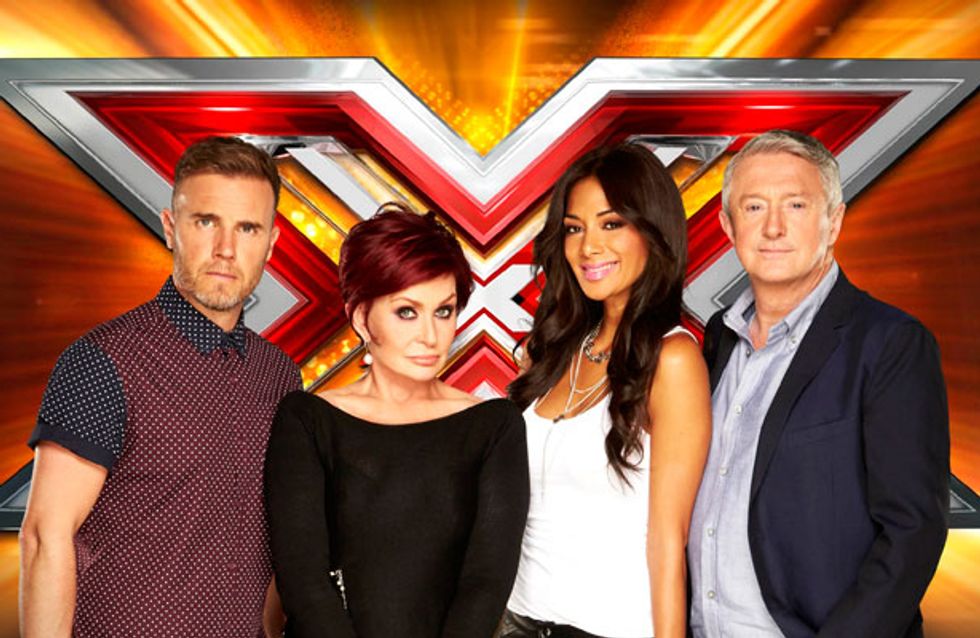 As the end of summer draws closer (don't worry it's not over yet) we start to think about exciting things to come - and top of our list is the new season of The X Factor! It kicks off tonight at 8pm and just so everyone's as prepared us as, here's everything you can expect from the best singing contest on telly. If you're thinking, "this will be the year I don't watch it", we don't believe you...

Sharon Takes over from Tulisa

After her second stint judging on The X Factor, everyone was convinced Tulisa was getting the chop. Her lacklustre efforts on the panel and the poor performance of her category led show boss Simon Cowell to find a replacement. After much deliberation, previous judge Sharon Osbourne was given her old job back.

Who else could have taken her spot?

Spice Girls Mel B and Geri Halliwell were reportedly offered the job, but Scary Spice joined the panel of Simon's other show, America's Got Talent, instead. Geri did the same Down Under.

Geri recently admitted: "Thank God sometimes I don't get what I want when I want it. I'd have probably f**ked it up."

Also apparently approached was Charlotte Church. The singer tweeted: "I got asked to do the X factor job. I'd rather poke my eyes out with sticks than be a part of the machine that kills music."

Louis Walsh, Gary Barlow and Nicole Scherzinger are all back on the panel for another year.

The X Factor had us all excited with the recent announcement of a fifth judge. With everyone taking bets on who would fill an extra chair, the show revealed it is in fact you at home.

Yeah...not all that exciting really.

So who would the X Factor judges have as an extra judge in an ideal world?

Louis chose Elton John "though he'd never do it", Dermot suggested himself, while Sharon made a bid for her dog Bella.​​​

Now that we've got the judges sorted, we want to know what categories they're given - and let's be honest, no one wants the overs.

Insiders claim Simon favoured Gary and Louis when deciding who gets what, using the better categories as bargaining chips to help ensure the judges would sign on for another year.

A source told The Sun: “The groups are really strong and Gary knows all about how to get the best out of them - because of his experience with Take That."

The insider said: “The boys are also always a strong category, with Nicole winning with James Arthur last year, so Louis is thrilled.

“And for Louis, this has been a long time coming, giving him his best chance of winning since the second series."

Female pop star Nicole "is happy with her category, saying from the outset she wanted the girls after doing well with the boys last year."

Last to the party, Shazza has the overs, "which has not been too lucky over the past few series.

“But if anyone can knock them into shape, she can.”

Now that Olly Murs has gone across the pond to make it big, Caroline Flack was left a little lonely at The Xtra Factor.

So joining her to host the spin-off show is new guy on the block Matt Richardson. They seem to have a great time together and we're guessing it will be as funny and silly as ever.​

5. The return of the room

For the last few years even the first auditions have taken place in front of a live studio audience. This year The X Factor's gone back to the old days - just four judges in a room and that spot on the ground.

Dermot O'Leary has commented on just how intense those four walls can be.

​He said: “Returning to the small rooms has made it harder for contestants this year, definitely.

“It’s such an intimate environment and even a good singer can stumble."

6. The Contestants: Favourites to win

The series hasn't even started, but already some names are surfacing as favourites to win.

One of those is Hannah Barrett, who impressed the judges with her performance of Emeli Sandé's 'Read All About It.

7. The Contestants: Return of old faces

This year is reportedly set to be full of previous rejects from the show.

A source told The Sun: "There have been so many recognisable faces on this year’s show it’s turned into something of a ‘best of the rejects’ special."

8. Last year's top performers: Where are they now?

James Arthur is all set to release his second single, You're Nobody 'Til Somebody Loves You.

Jahmene Douglas came second last year and released his first album, Love Never Fails, on 22nd July. He scored a No. 1 hit with it.

Ella Henderson shared her first song, called Waiting, on Twitter in May, with a message explaining a bit about the ballad.

She said: “Kinda relates back to my experiences of the past year. Hope you enjoy."

Simon Cowell was planning to get in front of the camera once again for this year's UK X Factor. But since the news of his love child broke, he's cancelled his appearance.

All four judges were set to fly to St. Tropez on a private jet to meet Simon, but the 53-year-old allegedly cancelled the idea.

It wouldn't be The X Factor without good old Dermot O'Leary...sorry Kate Thornton. No one does conciliation, excitement and general niceness quite like Dermot.

He's admitted to finding it hard to stifle laughter with the especially bad contestants.

At The X Factor press conference he said: "I do struggle, yes. But I try to be honest and don't pretend.​"

Are youy excited about the new series of The X Factor? Tweet us @sofeminineuk

Guide to X Factor 2013: The judges, their categories and the contestants by the editorial team
+
All the news about Ella Henderson

…
#X Factor
From hair ideas to outifts, look no further for your daily inspiration