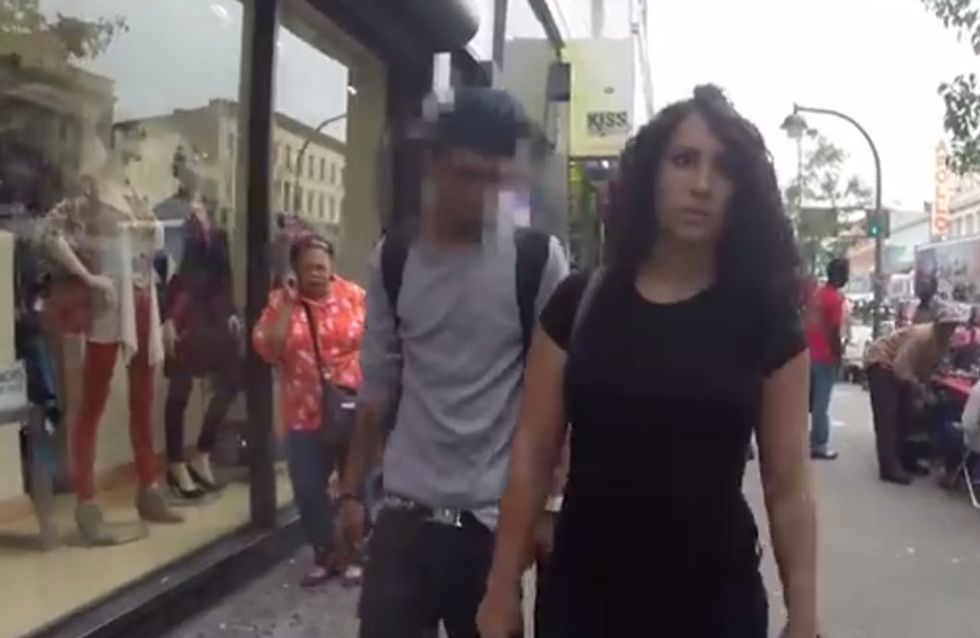 Are you sick and tired of not being able to walk to the shops without a car beeping at you, or a 'hey beautiful', or a wolf whistle? It seems that most women experience street harassment on a daily basis, and to test this theory one very brave woman filmed herself walking through NYC for ten hours. If you ever thought claims of street harassment were exaggerated, watch this.

Hollaback! is a movement aimed to end street harassment, and as an experiment to highlight the reality of what women go through every day, video curator Rob Bliss filmed actor Shosana B. Roberts walking down the street for ten hours as he walked a few steps ahead with the camera hidden in his backpack.

From walking beside Shosana trying to make conversation, or shouting out to her and chiding her for not thanking them for their compliments, she received over 100 instances of verbal street harassment in one. day. This video proves that this sort of thing should NOT be accepted as the norm.

What do you think? Is street harassment just a part of life, or should something be done? Tweet us @sofeminineUK