by the editorial team Published on 12 July 2012 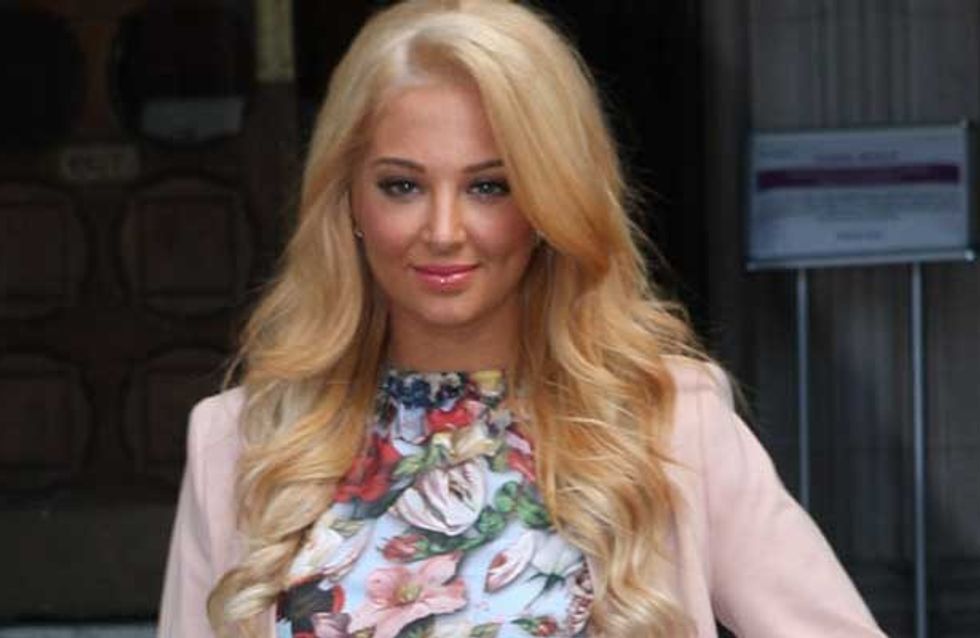 Tulisa Contostavlos says her ex MC Ultra "messed with the wrong woman" after settling legal action against him today.

The singer, who had newly blonde dyed hair for the occasion, won the case after Ultra - real name Justin Edwards - admitted to leaking her sex tape online.

Tulisa was left "devastated" after footage of her giving Justin oral sex was uploaded to the internet.

The 23-year-old said outside London's High Court today: "I am relieved that this is finally over. It has been a very testing few months, and this was not a case I ever wanted to go through.

"Justin Edwards' actions were to spite me, make money and ruin my career. He has succeeded in none of these things.

"I stand here today a stronger, wiser young woman who has taken this experience and learnt from it."

Justin - who split with Tulisa in 2009 - originally denied that he was responsible for making the footage public, branding such behaviour "ungentlemanly".

But he confessed this week that it was actually him, before apologising for his actions.

"I am disgusted by Justin and saddened by the people that believed I released the footage myself.

"Today the truth has prevailed. After months of lying to the public and lying in court, Justin has finally admitted to being guilty and I hope justice is served."

She added: "I would now like to draw a line under this and put it in the past.

"I also would like to thank from the bottom of my heart, the fans that stood by me. I'm especially grateful for all the support I have received from the public, my friends, family and team.

"With that support and my determination I have won this battle. Justin messed with the wrong woman."