by Emmy Griffiths Published on 22 September 2014 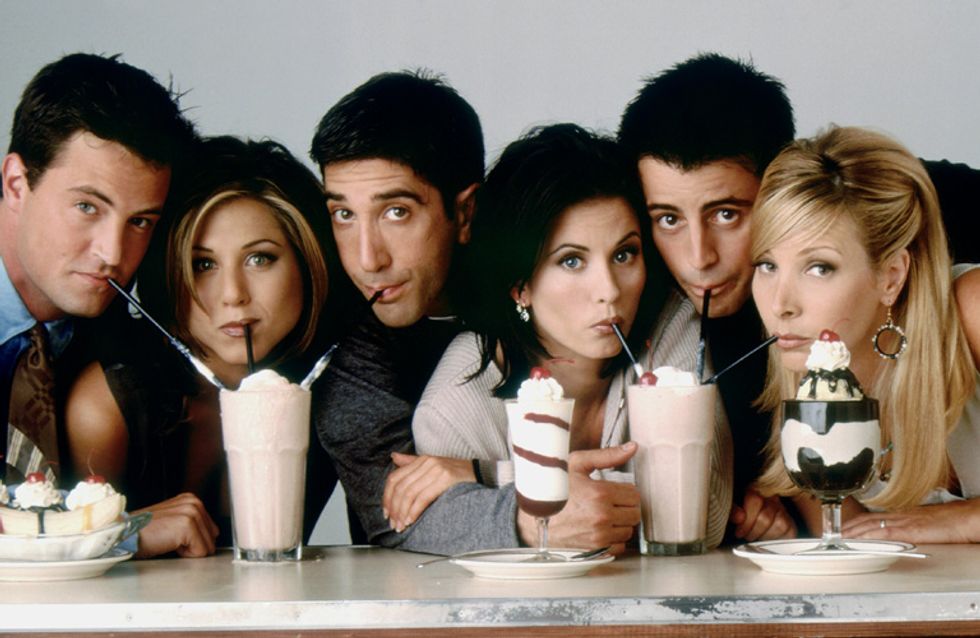 It's been 20 years since Rachel ran into Central Perk wearing a wedding dress and the six Friends were all together for the first time. Following that Friends has given us more hilarious moments than we can count! In honour of the show that will always secretly be our all-time favourite, here are our top twenty Friends moments...

Celebrate Friends’ 20th anniversary with episodes daily from 5pm on Comedy Central and the FRIENDS 20TH Anniversary Box Sets (The Beginning, The Middle and The End) are out now!

Ross's reaction when he finds out that Joey and Rachel have been hooking up was probably the best moment of their entire, murky relationship.

Bonus points for you if you can quote all the numbers in the correct order!

Ross and Joey accidentally end up snuggled on the sofa together and it's the best nap both of them had EVER HAD.

Joey learning French was frustrating for everyone. But mostly for Phoebe.

In-his-prime Brad Pitt was in the apartment for Thanksgiving, and he hated Rachel Green.

For extra hilarity check out the bloopers. Amazing.

The bet for the apartment was nineties television at it's most tense.

Ross was having some rage issues and seeing his best friend shacking up with his sister didn't help.

The Holiday Armadillo, his voice and his interaction with Santa made this the greatest episode.

If this was a real gameshow we'd spin the wheel of mayhem every night.

Don't go on a gameshow with Joey.

So what do we do after we lift?

8. Monica's parents find out about Richard

Monica 'caught the live show' of her parent's sex tape, was called a 'twinkie in the city' and FINALLY revealed that she and her dad's BFF the original DILF Richard were an item. Hilarity ensues.

We honestly don't know how anyone kept a straight face during this one.

Mike and Phoebe's marriage was one for the ages. The love story of Princess Consuela and Crap Bag.

4. Chandler and Monica get engaged

THIS EPISODE. Richard wants Monica back! Chandler's plan goes horribly wrong! YOU THINK MONICA'S LEFT HIM. This is why everyone has trust issues nowadays, just saying.

3. Running through the park

Hands up if you began running like Phoebe after this episode?

We all knew he was her lobster! Why did it take TEN seasons?!

Probably the most perfect moment in the Friends season finale was when Rachel returned from the airport to declare her love for Ross. FINALLY.

Did we miss your favourite moment? Tell us about it @sofeminineUK!

8 Of The Funniest Hairstyles From Friends ​