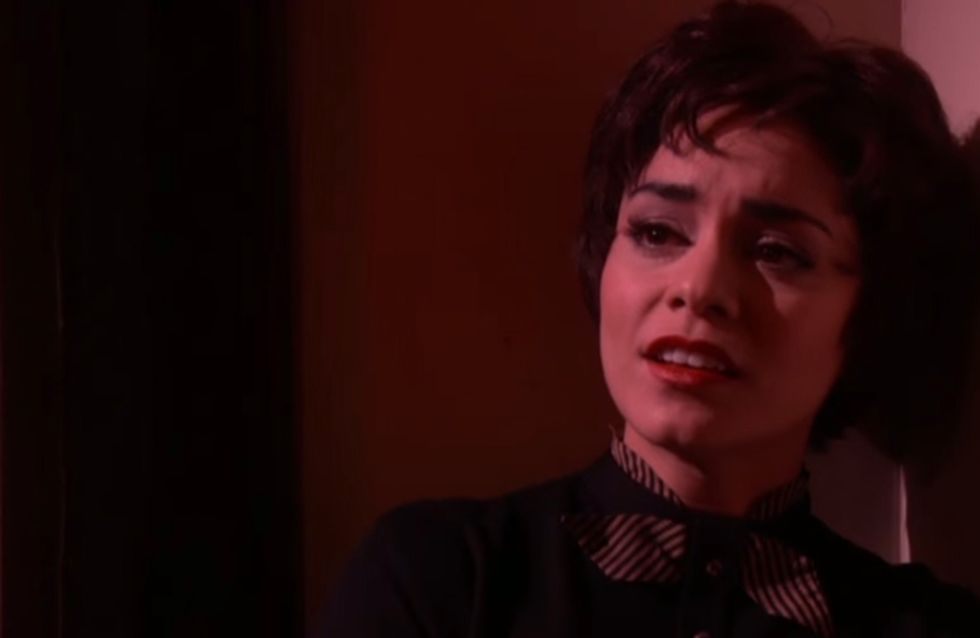 Shortly before her performance in Grease! Live at the weekend, High School Musical's Vanessa Hudgens announced that her father had passed away after a short battle with cancer. The actress announced the news on Twitter on Saturday night, giving her less than 24 hours to process the news before performing as Rizzo the next day.

Grease! Live was performed at the weekend in the USA to critical acclaim, and was made all the more respectful as Vanessa, who played Rizzo, had lost her father less than 24 hours earlier. We can only applaud her on her strength and resolution, especially since she is absolutely incredible in the role.

The actress, best known for her role as Gabriella in the High School Musical franchise, announced her father's death on Twitter, writing:

I am so sad to say that last night my daddy, Greg passed away from stage 4 cancer. Thank you to everyone who kept him in your prayers.

Tonight, I do the show in his honor.

Check her out in action...

Not only was her performance wonderful, but celebrity viewers and critics alike tweeted their huge respect for Vanessa for going through with the show during such difficult personal circumstances.

SO MUCH PROPS for @VanessaHudgens and her last 24 hours and giving the performance of life tonight. You are everything. #respect

My dear @VanessaHudgens, you were absolutely perfect on @GoGrease.. Your strength is inspiring. What a smile your father must have.

@VanessaHudgens Couldn't be more proud of and in awe of you! What you channeled tonight was magical! Your father is watching and smiling ❤️

Next time you go to complain about something at work think about @VanessaHudgens in #GreaseLive tonight. Strong women. 💛 @GoGrease

Let's all just agree to give Vanessa Hudgens everything she wants after tonight.

Imagine you had Vanessa Hudgens' day, and doing that. What a superhero. In total awe.

Did you watch the live show? Tweet us @sofeminineUK!