WATCH: Bruce Willis is rude and uninterested in interview to promote Red 2

Bruce Willis has got himself a bit of a reputation for film promotion interviews. Despite apparently understanding the importance of speaking to journalists about his work, catch him on the wrong day and you get awkward silences and sarcastic quips. And his Red 2 co-star Mary-Louise Parker's not much better...

Bruce Willis and Mary-Louise Parker sat down to have a chat with Magic 105.4's reporter Jamie Edwards - and it did not go well.

Though they were supposed to be promoting their new movie Red 2, Bruce refused to engage in any of the questions and was simply not interested in playing the game.

He even explained that the fun part of being an actor was over when the film wrapped - he was not interested in being there.

He said: "Has any actor ever told you this Jamie? This part is not acting. The fun part is over. We're just selling the film now. Sales."

To which Jamie asked him: "How would you sell me the film then?"

Poor Jamie went on to talk to the pair about the various locations they visited while shooting.

Asked where was his favourite, Bruce spikily replied: "Istanbul" - but it emerged he'd visited the city independent of the film.

The Die Hard star continued to sigh and stare his way through the questions, intermittently shooting down all of the questions he was given.

He even told the reporter that he's such a fan of driving that it was distracting him from the interview.

"You have some great questions here Jamie. Great chat."

Not a big fan of the old movie promo, are you Bruce? 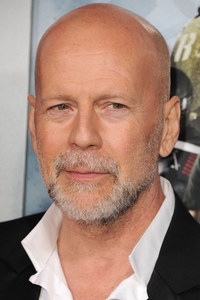