WATCH: George Clooney Is Taken Hostage In The Terrifying Trailer For 'Money Monster' 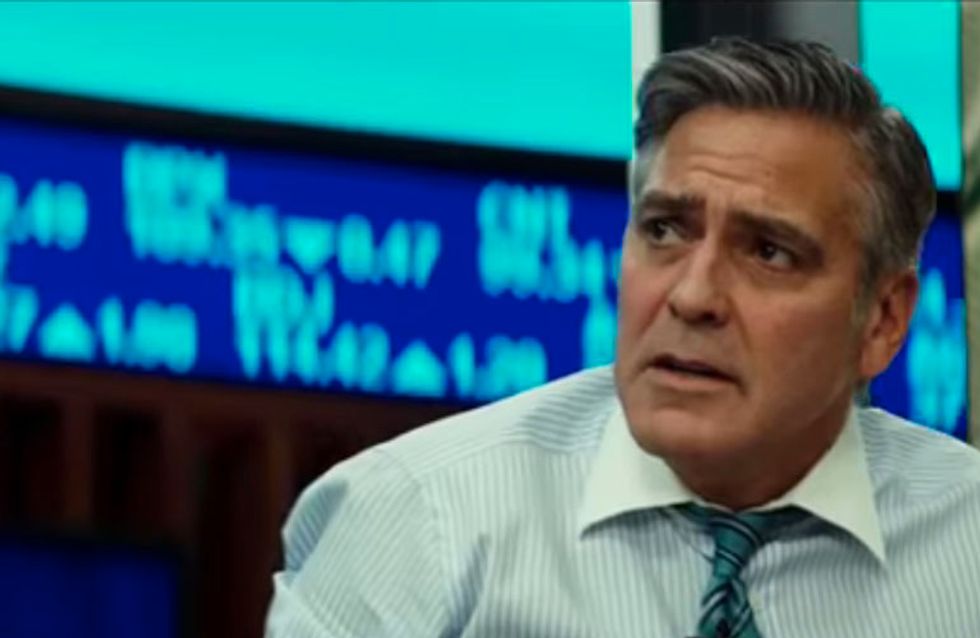 When you first hear the title 'Money Monster', you think it's possibly an animation about rich ghouls, or perhaps the name of a new Goosebumps book. But NO. Money Monster follows Lee Gates (George Clooney), a TV show presenter for a Wall Street show who is taken hostage live on air with only Patty Fenn (Julia Roberts) to help him save his life, and uncover the truth behind Wall Street's shady transactions.

Since just watching the trailer has had us on the edge of our seat, it looks like Money Monster could be 2016's Phone Booth/Buried/Speed as an intense thriller that is a race against time to find out what happened to hostage-takers money and who is responsible.

The official synopsis for the movie reads: "In the taut and tense thriller Money Monster, Lee Gates (George Clooney) is a bombastic TV personality whose popular financial network show has made him the money wiz of Wall Street. But after he hawks a high tech stock that mysteriously crashes, an irate investor (Jack O’Connell) takes Gates, his crew, and his ace producer Patty Fenn (Julia Roberts) hostage live on air. Unfolding in real time, Gates and Fenn must find a way to keep themselves alive while simultaneously uncovering the truth behind a tangle of big money lies."

With George Clooney, Julia Roberts and Jack O'Connell on board with Jodie Foster directing, we can't wait for this one to hit the big screen in May 2016. Do you think it looks good? Tweet us @sofeminineUK!

The New Han Solo Is Almost Definitely One Of These Guys