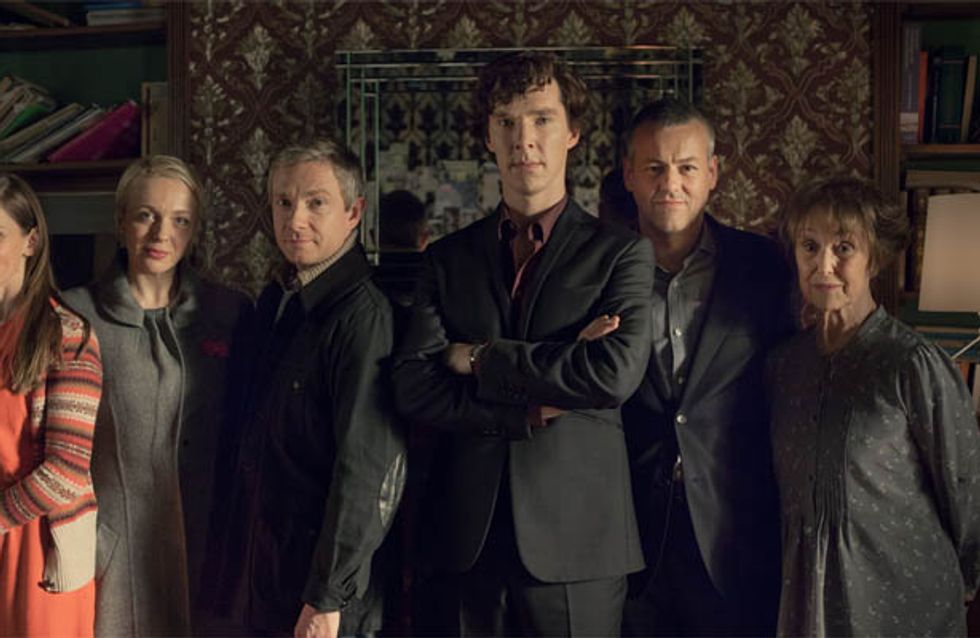 BBC has released the brand new trailer for the third season of Sherlock. Don’t worry, we are going to go into copious amounts of detail in our analysis of what can be expected from the series looking at the latest trailer – in a nutshell it looks like there is going to be a terror alert in London which Sherlock (Benedict Cumberbatch) investigates, John Watson (Martin Freeman) can really rock a moustache, and the classic Sherlockian deerstalker has found its home in the modernised canon.

The first trailer for Sherlock season three is finally here. About time too – it’s been two years!

Ever since Sherlock jumped off the hospital roof at the end of series two and was witnessed by John as...well...very very dead on the pavement, fans of the detective programme have tried to work out how he did it. HOW.

It looks like we will get answers, though it isn’t what his best friend, who has been in mourning for two years, John Watson would like to know.

In the trailer, he says: “I don’t care how you faked it. I want to know why.”

Since we already know why – to save John, Mrs Hudson and Lestrade from snipers that will shoot if he doesn’t jump – we’re not too excited about the explanation recap for John, however our suspicions that Molly was definitely involved with covering up Sherlock’s death has been pretty much confirmed as Sherlock says: “The one person he thought didn’t matter at all to me was the one person that mattered the most.”

Molly, right? Definitely Molly. We’re 95% sure it’s Molly. Oh BBC, why do you enjoy teasing us so much?!

However, we’re glad to have some confirmation that writer Stephen Moffat isn’t going to give us a shabby excuse for how Sherlock managed to survive, not that he’s ever done that before – cough, Doctor Who, cough – and Benedict Cumberbatch has confirmed that the explanation is “satisfying”.

He said: “I understand why everyone’s desperate to know because it’s frustrating. It’s witty and loving and intelligent enough for people to actually really enjoy it.”

It also appears that, despite the fact that he has traumatised his best friend, Sherlock is typically unfeeling towards remaining incognito for two years, saying to his brother Mycroft (Mark Gatiss) – who we are beginning to suspect knew he was alive the entire time: “I think I’ll surprise John. Pop into Baker Street and who knows, jump out of a cake.”

Mycroft smugly replies with: “He isn’t there anymore. It’s been two years, he’s got on with his life.”

Fans have apparently been trolling Amanda on Twitter following the announcement of her role as Martin Freeman’s love interest, and The Hobbit actor recently jumped to defend his wife against the haters, telling Time Out: “To me, they’re not fans of the show – they’re fans of a show going on in their heads.

“Obviously I love Amanda and I want everyone to react positively to her; she plays a fantastic character and brings a hell of a lot to the third series.”

The episode premieres on New Year's Day, with a special mini episode being shown on Christmas Day. We cannot wait!

Are you looking forward to seeing the return of the detecting duo? Tweet us @sofeminineUK 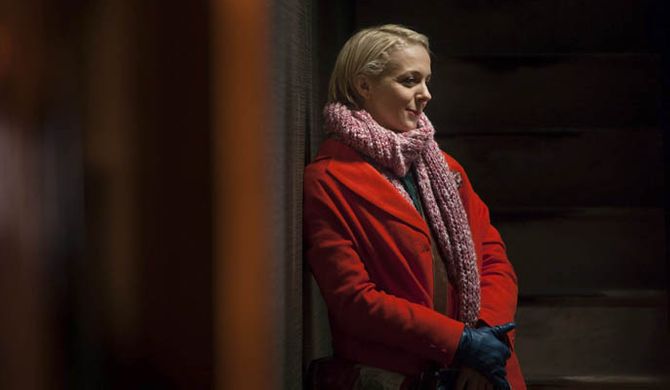