The only bad thing about Sherlock is that the episodes are so few and far between. For saying it has fast become one of the best programs on television, it seems strange that there has only been six episodes, three for each season. Well this Christmas will certainly be merry as it has been announced that there will be a mini-episode for Sherlock airing on Christmas Day. It’s 3.5 episodes for this series, which is great! We’ll take it!

Sherlock will be airing a mini-episode on Christmas Day and we couldn’t be more excited.

Last week it was announced that the first episode of Sherlock will air on News Years Day, but there was a sliver of detail that they missed out – before the episode entitled The Empty Hearse, there will be a mini-episode which will be available on the BBC's interactive red button service.

There are just so many Specials to watch along with Doctor Who and Downton Abbey – we’re hoping we have time between the Monopoly arguments and Mince Pie consumption to watch them all! 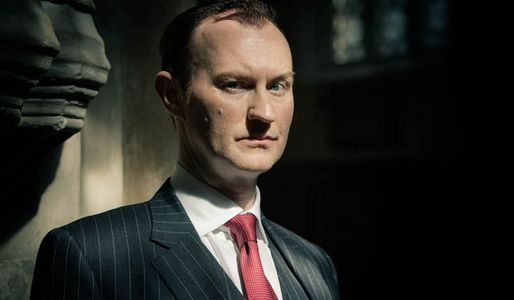 The mysterious synopsis for the episode, which is entitled Many Happy Returns, reads: “Sherlock Holmes has been gone for two years. But someone isn’t quite convinced that he’s dead…”

Who could this someone be? Lestrade perhaps? John Watson? We all know that Molly helped him out in some way, so she must know that he’s still alive!

It hasn’t been confirmed whether Martin Freeman or Benedict Cumberbatch will star in the episode yet, but to keep you happy in the meantime, the BBC has released a boatload of new stills from the upcoming episodes in series three – so obviously we’ve been analysing them like crazy!

It seems like Martin Freeman starts the series sporting a fabulous moustache and looks utterly furious in a couple of the photos, whilst another shows Sherlock lying on the floor. We’re assuming that this is the moment Sherlock reveals himself, and Watson responds by punching him in the face? It seems like something that could happen!

Pretty soon it looks like the two of them are back to their sleuthing ways, with Sherlock in his trademark coat and scarf – although it’s been two years since he disappeared, surely he’d have bought a new one by now!
​
There are also a couple of pictures of John’s new love interest, Mary (Amanda Abbington) looking lovely.

Amanda, who is married to Martin in real life, has mentioned her concerns that fans won’t like her as she very much becomes the third wheel in the Sherlock/Watson bromance, but we’re intrigued all the same!

There are also pictures of Molly looking pretty self-possessed with a new man – which is quite a difference from the timid morgue worker we knew from the previous seasons. Could it be because she is keeping a Sherlockian secret?

Finally, we would like to point out that there are several snaps of Sherlock wearing his deerstalker! No one can pull one off quite like he can!​

Will you be tuning into the Christmas special? Tweet us @sofeminineUK