WATCH: The Trailer For The Backstreet Boys And N'Sync Zombie Western Movie Is Finally Here

by Emmy Griffiths Published on 18 March 2016 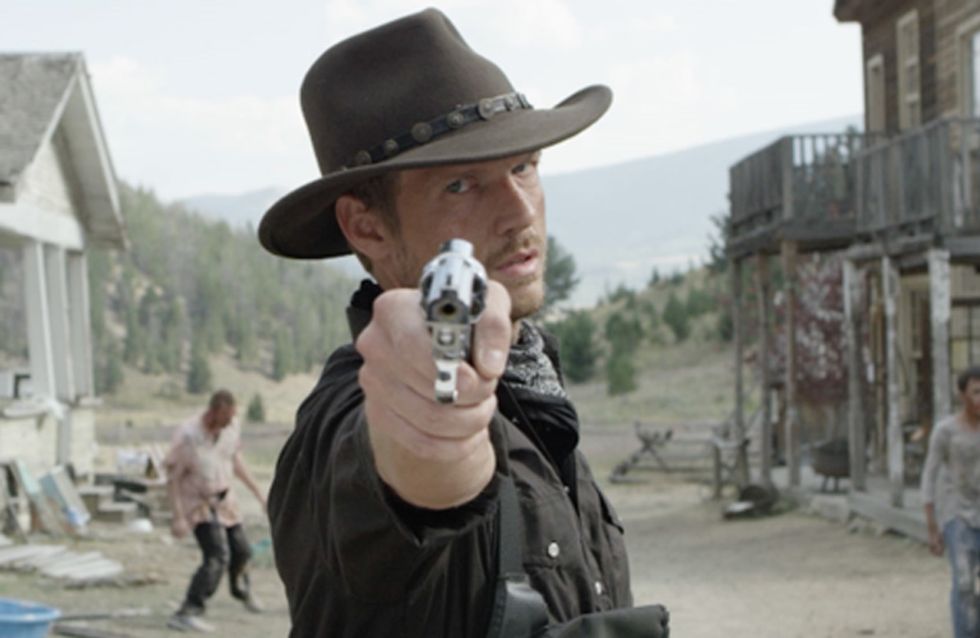 Calling all nineties kids! This is one Sci Fi original film you do not want to miss out on. Forget Sharknado, the network is back with a new original starring our favourite boy bands, Backstreet Boys and NSync slaying zombies and drinking whiskey. Hopefully to the soundtrack of all of our favourite classics.

Oh My God we're back again! Nick Carter, Joey Fatone and the boys are uniting to battle zombies using (we can only assume) their perfectly choreography dance moves while blinding them with bleaches 90s hair. Although we have been treated to plenty of glimpses of the film being made, this is the first bona fide trailer and it's perfect.

According to Nick Carter, the film follows a "ragtag band of gunslingers". He said: "It's a zombie Western futuristic horror movie. My character is still being worked out right now, but I'm a good guy that's going to help save the day."

We're given a little more insight in the trailer, along with a new poster that reads: "To fight the undead you have to resurrect 90's boybands." The trailer is also set to 'Bye Bye Bye' and is basically everything we ever dreamed it could be. YEEEEEAH.

Dead 7 will first be shown on SyFy on April 1st. Will you be watching? Tweet us @sofeminineUK!

WATCH: The Full Trailer For The Legend Of Tarzan Is Here And You Should Prepare Yourself