Home / Entertainment / News celebrities / Where Do Beyoncé, Rihanna And The Stars Vacation?

Where Do Beyoncé, Rihanna And The Stars Vacation? 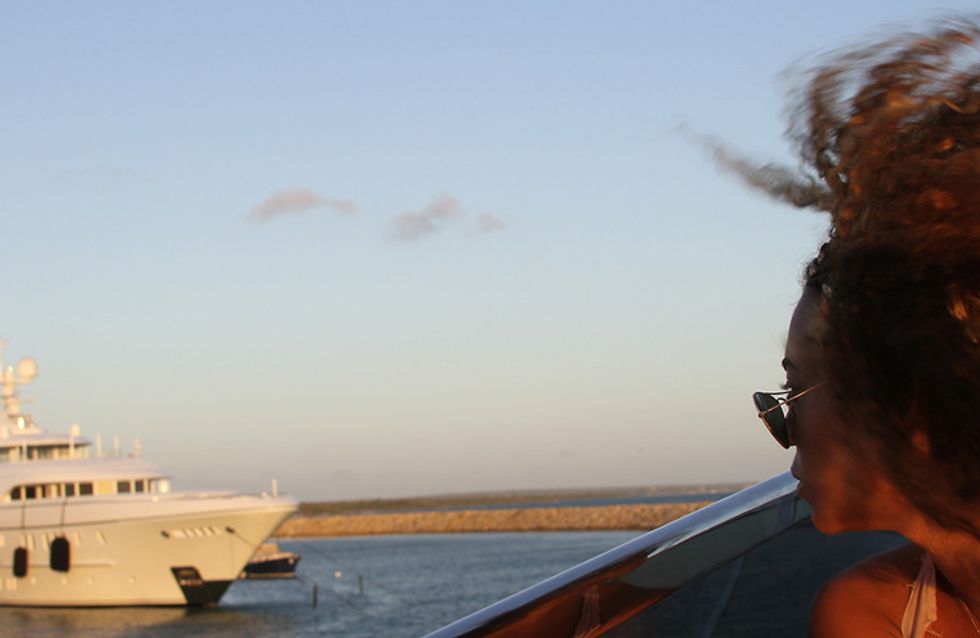 Stuck on where to plan your summer holiday this year? With so many deals on relaxing cruises and luxurious beach resorts, it's difficult to pick only one place. Well you might not be able to afford these lavish holidays, but you can at least get some ideas from these celebs! Let's get dreamin'...

Beyoncé and Jay Z are constantly going on incredible - and expensive - holidays. When Bey posted this photo of her looking killer on a yacht in Italy last year, we started outlining itineraries for our Mediterranean escape. If only we could fit a private yacht and villa into our budget...

The entire Kardashian clan took a trip to Greece where they traveled around the beautiful islands on a private boat. Even their crazy antics, which were filmed for their show Keeping Up with the Kardashians, couldn't take away from the stunning views and charming villas that characterize the islands. Bliss...

In 2012, JLaw took a deserved holiday to Hawaii where she also filmed scenes for the second installment of The Hunger Games. Surprisingly, her on/off boyfriend, Nicholas Hoult, wasn't anywhere in sight! She decided to surf the waves and enjoy the sun with her brother, Blaine instead! Cute!

Isn't Rihanna's whole life an extended holiday? Her Instagram is full of pics of the star enjoying stunning views and popping bottles on yachts. We love that she frequently takes holidays to her home country, Barbados, and parties it up with old pals.

The perpetual lothario, Leo Dicaprio, also likes to share his wealth amongst his Hollywood friends by taking them on trips. If you're up for a crazy holiday with lots of drunk memories, take a cue from Dicaprio and go to the party island, Ibiza!

Need a break from the heat? Try a skiing holiday this year! Kanye West took his famous boo to Utah to celebrate New Year's Eve this year. Despite the paparazzi, the two looked like they had a blast!

In August Jennifer took a break from Hollywood and escaped to Cabo San Lucas, Mexico with famous friends Jason Bateman, and his wife. Mexico is great place to get tan and enjoy fresh seafood!

Need to brush up on your French skills? Book a week long trip to the wine country like Gwen Stefani. This August she showed off her gravity-defying body in the South of France while on holiday with her hubby, Gavin Rossdale, and two children.

Where are you flying off to this summer? Tweet us @sofeminineUK!

Oh
by the editorial team

30. The one about pasta
by the editorial team

Ella Henderson
by the editorial team

Wanger
by the editorial team