by Emmy Griffiths Published on 8 October 2014 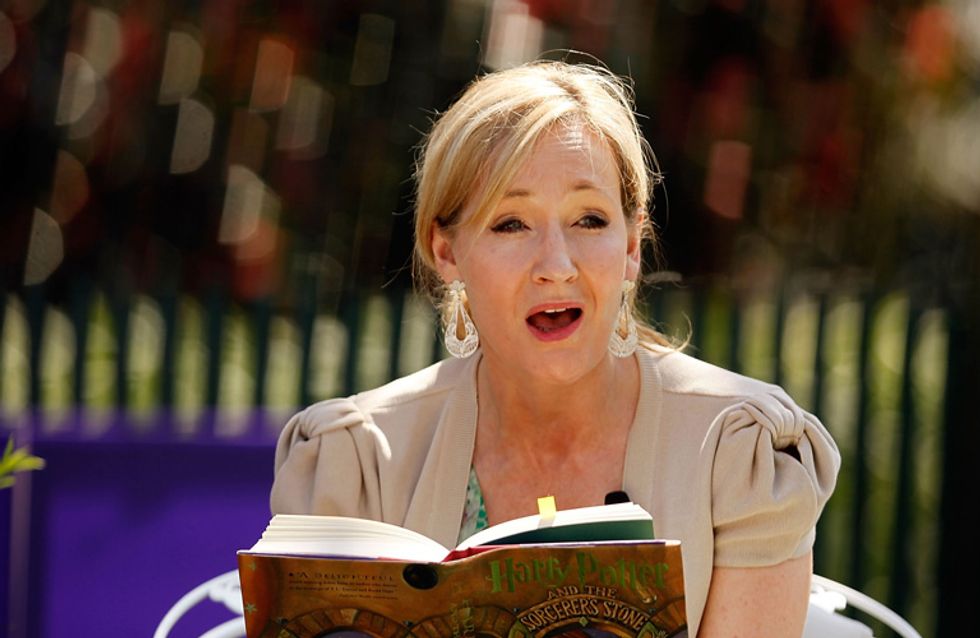 Earlier this year, Harry Potter fans (or Potheads, as they are affectionately known) lost their minds when it was announced THREE new movies from the magical universe were in the works, the first of which to be written by JK Rowling herself. Since then, the author of the most successful franchise of all time has been hard at work at both the screenplay, and hilariously teasing her fans on Twitter...

Since it was announced that JK Rowling would be writing the screenplay based on Newt Scamander, a character in the Harry Potter world, her Twitter page has been MUCH more active then before, when her activity could only be described as POOR:

However, of late she has been MUCH more active on her account, providing little gems for her rabid fans everywhere...

Happy pride day to all Slytherins, you devious little serpents, you.

An insight into the day she broke all of their hearts

It's the 16th anniversary of the Battle of Hogwarts. I'm having a moment's silence over my keyboard. I hated killing some of those people.

As well as some helpful tidbits about herself

But more importantly, she gives snippets of info on her new projects

Very busy at the moment working on a novel, tweaking a screenplay and being involved in @lumos campaigns. Back when I've finished something!

Then she goes and does THIS

A riddle? REALLY? Are we Harry Potter in the maze in Goblet of Fire? Why is she teasing us in this way?!

Something to ponder while I'm away X

An example of something it doesn't say: "I brung bick Harry. U gladd. Me go wurcke now. No speak."

And replying to some 'nearly there' fans

She had to give some hints

#helpfulhint The solution is the first sentence of a synopsis of Newt's story. It isn't part of the script, but sets the scene.

Then FINALLY someone got there

Then play time was suddenly over

OK, the next riddle is... kidding. As I said (was it only 2 days ago?) I've got a novel to finish and a screenplay to tweak.

But it's fine with us if she wants to carry on and finish the script, just as long as she stays ah-maz-ing on Twitter!

Amazing Harry Potter Fan Revelations That Will Make You Rethink Everything
From hair ideas to outifts, look no further for your daily inspiration