Why We're All About To Have Divergent Fever

by Emmy Griffiths Published on 6 March 2014 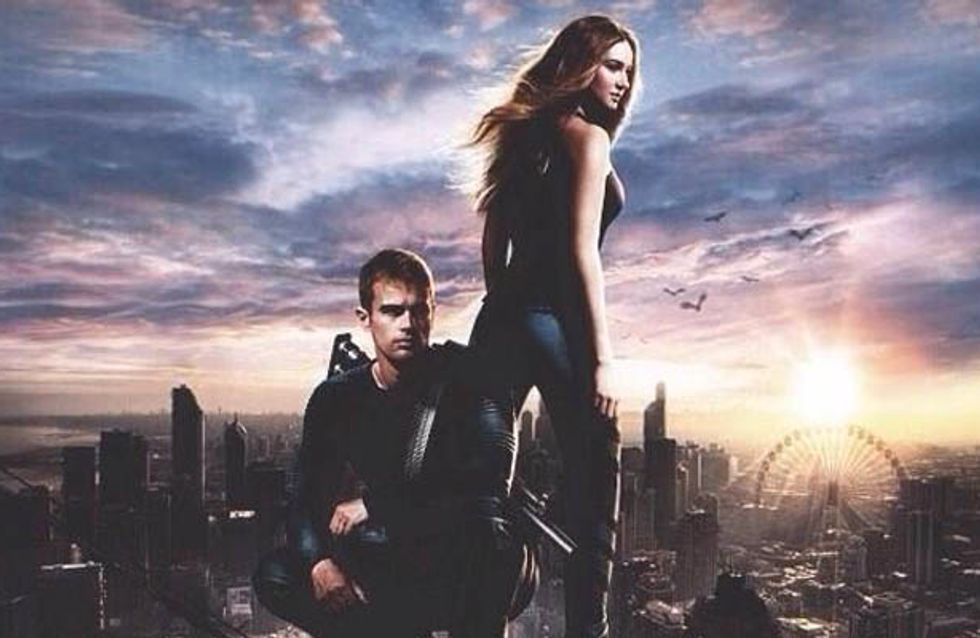 Divergent will be released on March 21st, and we are so ready to get on board with the new teenage franchise which is no doubt going to steal our hearts. If you have no idea what Divergent is about, or are already a huge fan of the books, here are the reasons we will soon all be united in mutual love and affection for a great franchise and a certain character named Four…

Shailene Woodley is the new ‘it’ girl, and she’s bound to be amazing

Shailene Woodley’s agent has been busy recently, and as a result the girl has been cast in The Amazing Spider-man, The Spectacular Now, The Fault In Our Stars and as the main character Tris in the Divergent trilogy. Trust us, she’s going to be everywhere. Is she going to be the new Jennifer Lawrence? Could we possibly love her that much? Only time will tell…

Theo James (also known as the hunky Turkish diplomat’s son who died in Mary’s bed in Downton Abbey) is playing the tattooed handsome leader Four, AKA the main love interest of the series. There’s not much room for love triangles amidst the action of these movies, so we’re all Team Four, yes? Yes.

The plot is ah-maz-ing

Fear, betrayal, action, love, drama, humour – there’s something there for everyone. Everyone seems to be at risk most/all of the time. There's a LOT of tension.

The characters of the Divergent world live in an unusual world. Basically, their city is split into separate factions, and you live in the factions that most correlate to your personality.

Sigh. Yes. Like Hogwarts Houses. Except these are much simpler. Depending on which you value more - selflessness, peace, honesty, brave or knowledge – you will go into that faction. Unless you have a certain aptitude for more than one, in which case you are a Divergent (Woop, name of the film!)

Kate Winslet as a villain will haunt our dreams

We’re used to adoring the ground Kate walks on, so we’re not sure how we’ll fare when we see her as the nasty pants Jeanine Matthews. We’re not sure we'll accept it. We'll never let go Kate!

There’s going to be SO MUCH GIRL POWER

The protagonist Tris Prior (much like Katniss Everdeen) is a determined, don’t-need-no-man survivor and ends up getting pretty amazing at fighting, facing her worst fears and shooting a gun. There’s going to be so much girl power. It’s literally going to be non-stop. It’ll be like watching the Spice Girls Movie all over again.*

*Disclaimer: It will be nothing like watching the Spice Girls Movie all over again.

The internet loves to hate waiting for things that they adore, so we can only imagine the Gifs that are going out tumble out of waiting another year for the next instalment of Divergent. It’s already going crazy waiting for the first!

Ansel Elgort is only nineteen but we guarantee that by the time you’ve seen Divergent, where he plays Tris’s brother Caleb, you will be crushing – let’s not even bring up that he’s playing Augustus Waters in The Fault In Our Stars later this year as well. So good. New cougar crush. Let’s pop him on the list along with One Direction and Jeremy from The Vampire Diaries.

SPOILER ALERT – Someone gets stabbed in the eye. In the book you see it. We’re not sure whether the film is going to be quite on the same level of gore, but we kind of hope so. Are we weird? Nah…

We still have a few months until the new Hunger Games, and we have to obsess over something, right?!

We’re not sure what there is to do when The Hunger Games film is out and done with for another year, so we’re quite happy to let Divergent fill the void!

If you still need convincing, check out the trailer!