The X Factor will soon be celebrating it’s 10th birthday (seriously where does the time go?!) and so TV bosses are gearing up for a very special anniversary episode. They’re set to bring back a whole host of famous faces from the past, but reports have surfaced that nearly half of the show’s previous winners have been unceremoniously cut from proceedings!

The X Factor is all set to mark their milestone birthday with a very special 10th anniversary episode the weekend after next.

Although they didn’t win the show, previous X Factor acts who have had unprecedented success – namely One Direction (2010) and former Xtra Factor host Olly Murs (2009) – will also be performing on the show that weekend.

A show source told The Sun: “With such a massive roster of successful artists from the past ten years, not all winners could be included in the final song choices.”

But an insider added: “It is a slap in the face for the winners who won’t be covered.

“Bosses have obviously chosen the former stars who they think still resonate with viewers and who have had the most success.”

Unsurprisingly the excluded previous winners – who at the time were all tipped for big things – haven’t taken news of their omission particularly well.

Some aren’t surprised to see Steve Brookstein snubbed, as he has been a very vocal critic of the show and Simon Cowell ever since starting a very public spat with the X Factor boss on Twitter.

He previously said: “I remember ­looking out into the audience after I won and thinking, ‘This is it, it can’t go wrong now. I’m going to make some great music, have a great career.” It was an amazing feeling.

“It’s amazing how many doors close when you part company with Cowell. It’s almost like leaving a mafia family. Simon Cowell has such an enormous ego, he believes that if he can’t make you a star, then no one will.

“Because he’s so powerful, it’s virtually impossible to get any attention once he’s lost interest.”

Similarly Leon Jackson has pretty much disappeared since winning the show in 2007.

But many are shocked to see Matt Cardle – who has just released a new album – to be given the brushoff, as well as Shayne Ward, one of the show’s most popular champions who has since found success in the West End starring in Rock Of Ages.

It adds insult to injury for Matt, as he’s currently been involved in an on-going slanging match with last year’s winner James Arthur over who is the more successful singer.

Do you think X Factor bosses are wrong to leave out four of the previous nine winners from the show? Tweet us @SofeminineUK!

Check out our round up of previous X Factor winners and losers: 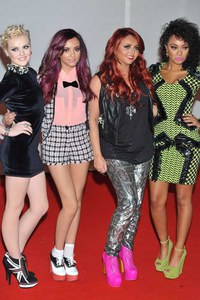