Remember in High School Musical 3 when Zac Efron is playing basketball and one of the opposite team knocks him down, but he simply gets up and sings to his girlfriend then goes on to win the championship? Imagine if instead, he landed on his face, broke his jaw and had to have his mouth wired shut. Because that is what we’re dealing with here! Poor Zefron reportedly took a tumble over the weekend and mashed up his face as a result.

Zac Efron had to have his mouth wired shut after breaking his jaw over the weekend, The Daily Mail reports.

The accident took place when the 26-year-old dreamboat - who will next be seen on the big screen in Neighbors - reportedly slipped over an unseen puddle outside his L.A. home.

As well as breaking his jaw, he also received a large gash on his face that needed stitches. No, not Zefron’s face. You can’t mess with Zefron’s face!

The actor has had to have his mouth wired shut in order to fix the break – shame that this didn’t happen during High School Musical to spare us from that soundtrack. Kidding, of course!

This medical drama comes not long after it was revealed that the 17 Again star had been in rehab for an alleged cocaine addiction.

Since Zac came out of rehab though, it has been reported that the sexy Hairspray actor has been doing well, with a source telling E! News: “He's healthy, happy and not drinking. He's taking time to focus on working.”

Oh dear. Sounds like healthy has taken a turn for the worse! The good news is that Zac is supposedly “expected to make a full recovery” and so he can continue to promote his sexy new role in romcom That Awkward Moment, which is due out on January 31st.

We also can’t help but wonder if the hunky actor’s much speculated girlfriend, British actress Lily Collins, will keep vigil by his bedside and nurse him back to health; that should certainly cheer him up! 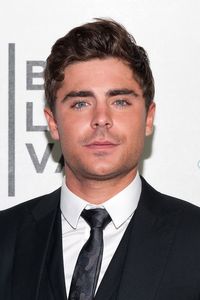