Home / Women in Focus / Personal Life / How (And Why) To Say No: 11 Reasons Saying No Will Set You Free

How (And Why) To Say No: 11 Reasons Saying No Will Set You Free

by the editorial team Published on 26 April 2014 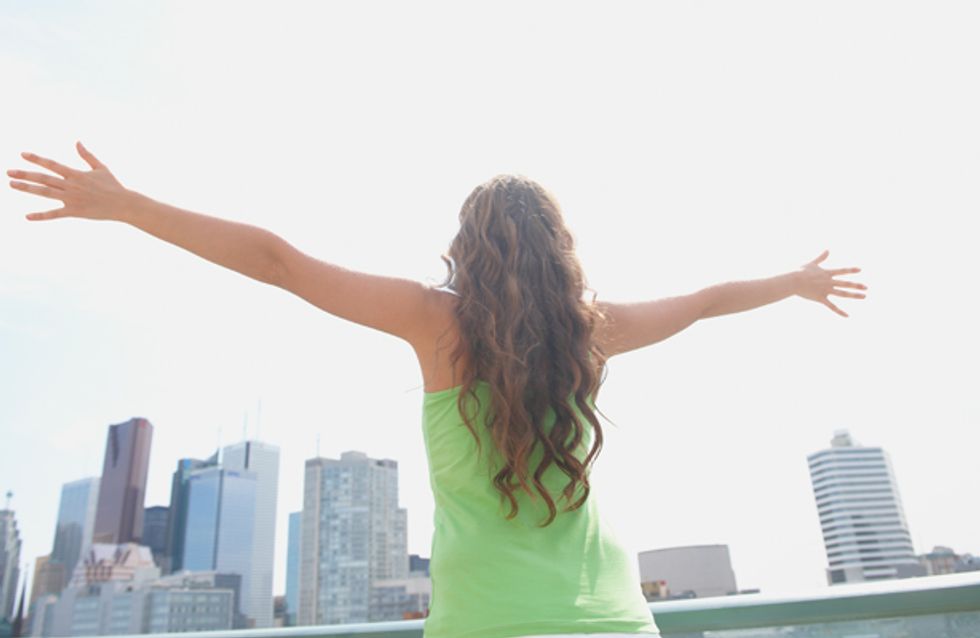 It's one of the shortest words in the English language, but it's also one of the most difficult to say. Those two simple letters: N-O. We can't say it to our family, our coworkers, or even to ourselves. We live in the world of the Yes-woman and it is beyond time to make a few changes.

Have you ever walked down the street and spotted a girl who looks like her world is spiraling out of control? She's wearing jogging bottoms, no make-up, not even a cute gym top-knot. She's dropping all her haphazardly stacked papers and running full-speed ahead for a bus that's pulling away from the curb. We've all been there, but we all hope it doesn't show. Or, at least that no one notices.

If you haven't been there (and who are you kidding) have you ever wondered how that girl lets things get so out of hand? It was probably her inability to pronounce a simple, two letter word: NO. Guess what; at the rate most of us are going, that out of control girl....she's us.

Cut the dramatics and take a stand. Instead of allowing yourself to be used as an emotional punching bag, step back, take a breath, and just say the word. N-O! Those two letters can set you free and here's how!

You'll no longer feel like your company's personal slave.

Instead of letting your superiors pile mountains and mountains of unmanageable work on you, tell it to them straight. Diplomatically explain that you can't read and write at the speed of light and would rather produce quality work than chug things out like an assembly line. They will understand your reasoning and won't think you're simply justifying laziness. Heck, they'll probably appreciate your honesty!

Your work will actually improve.

Instead of producing carbon copy projects and wringing your hands over your to-do list, if you simply say no to unmanageable tasks, your work will come out that much better. You can take time to reread your work, do quality research and produce something extraordinary (instead of a piece of junk produced by an exhausted mind!).

You'll stop wasting time thinking about how others see you.

You probably fear that when you say no, someone is deeply misjudging you for it. Relax! We all have our own (extremely sound and justifiable) reasons for saying no to some things, and once you've come to terms with that, you'll worry less and less about what you imagine others are saying. (P.S. It's usually all in your head anyway.)

You'll no longer be the dump for your emotionally draining friend.

Don't let your friend bore you to tears with the sad yet familiar story of how she looks so fat and her boyfriend is mean and her life just sucks. We all have those friends who sometimes suck the fun out of the situation. Habitually. Say no to the whole thing, and this time, stay home and catch up on some much needed sleep. She'll still be your friend in the morning, and if she blames you for needing sleep (and not wanting to listen to her chatter), it is not your problem.

You'll stop playing victim to a guy who's no good.

Is there a certain someone you know who is absolutely no good, but you just can't resist? They're your own personal brand of Kryptonite. Whenever they throw that sultry smile, you know how things are going to end: flirting, drinks, hangover and regret. Tell that sleazy scumbag to take a hike and say no to guilty hook-ups. You are so much better than that!

You'll have a healthier relationship with food.

Many of us have a difficult relationship with food. One more crisp, and we'll finally be full. One more bite of ice cream, then no more sugar. Until we can pluck up the energy and determination to say no to unhealthy foods, we will continue to berate ourselves over it! Instead, tell yourself that your body should feel as good and be as healthy on the inside as you want to look on the outside. Start automatically choosing healthier foods and your relationship with food will be on the mend.

You'll be better at saving money.

Ladies, we are all guilty of it: impulse buying expensive goodies, even though they are by no means necessities. Those heels! That handbag! No. Have the self-control to turn away from those tempting beauties, and realise that your money will be better spent elsewhere. Like on rent.

Come on, just one more glass of wine? We ALL know the correct answer to this, yet most of us fall prey to that alluring glass of Pinot Noir. Do your liver and your head both a favour, and the next time you hear this phrase, say NO. We hate to admit it, but wine has calories too (the horror!), and hangovers are never pretty.

You'll have more ME time.

You don't always have to be the center of the social scene, even if your mate is dying to pull you out to the pub because she hasn't seen you in FOREVER (translate: two days). If you've had a truly exhausting week and would rather catch up on Game of Thrones or just crash in bed, your friend is a big girl and can deal with it. She probably doesn't want you coming out and acting like a sleepy grump all night anyway.

Your friends will value your time more.

Since you're not always jumping up to scream "Yes!" every time someone mentions hanging out, your friends will learn to value those times when you are feeling social. You're a busy girl, and while your friends shouldn't be relegated to the back burner, they do have to understand your schedule is seriously packed. You'll have an even better time going out and about if it's not a nightly occurrence!

You'll grow a sense of self worth.

By saying no to all those little things that are truly bad for you, you'll realise that you are worth so much more than that! You deserve nothing but the best and now you know it.

How to say NO and mean it.

Now that you know why you should be saying no a LOT more than you do, here are the do's and don'ts of saying the big bad, two letter word.

The "how-to" part of saying no may sound simple, but it is by no means easy. It can take every ounce of your will power to say no to some things, but in the end, it's going to be worth it (and that is the one thing you have to keep telling yourself).

To start off with, remind yourself that the world is NOT going to end just because you are saying the word "NO." No one is going to strike you down with a bolt of lightning. The world won't spin off it's axis, and you won't be left flying into space a la Gravity.

Then, figure out how best to say that little word. It sometimes requires a bit of explanation, and you should always be as diplomatic as possible, even when talking to yourself (or when you feel like telling someone else to just to bugger off). No matter what, always come back to the rational reason why "No" is the only answer you can give.

When saying no to anything, don't drag yourself down. You do no one any favours by focusing on the negative. Tell yourself you're strong enough not to indulge in things that aren't good for you. If you continue to encourage yourself and build up your confidence, things will eventually fall into place.

The final step in saying no again sounds way too simple. Just say it. Don't stall and certainly don't sugarcoat anything. It can take a lot of courage to say no, but you'll appreciate it in the long run.

What do you have to say "No" to sometimes? Tweet us @sofeminineUK!